Let’s begin this post with this caveat. Not all of the facts are in on this story yet. That said, there’s a story out there this morning about Federal agents removing a Google Glass user from an AMC movie theatre because they thought he was recording the movie using the device. There’s plenty to chew on in this story and if it turns out to be what it looks like at the moment, I’m guessing it won’t be the last time we hear something like this. 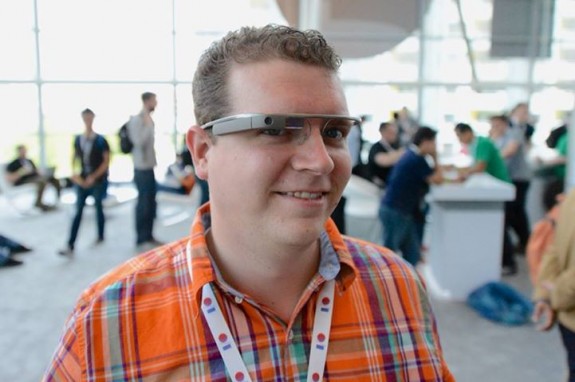 The gist of the story is that a Google Glass user (prescription glasses by the way) was wearing his  glasses while watching the new Jack Ryan flick at an AMC theatre in Columbus, Ohio. (Side note: Not a terrible reboot of that franchise.) About an hour into the movie a federal agent came in and swiped the glasses off of his face. Both the agent and the gentleman exited the theatre. According to the accounts so far, agents spent three hours “intimidating” the Google Glass wearer before deciding that he had done nothing wrong. The wearer had been protesting all along that he did not have Google Glass turned on. There are two links where you can read more about the specifics here and here. (Both sources keep getting updated as the story moves on.)

So, that’s the story even if the facts keep shifting. The implications, though, are ones that we’ve seen coming ever since Google Glass was first unveiled. A bar announced it would ban Glass users early on. Bars and movie theaters aren’t the only businesses that may be concerned. And users concerned about privacy are concerned as well. Google Glass, and potentially other Wearable technology will allow photo, video, and audio recording in surreptitious ways that are certainly more uncomfortable to a number of interests both business and personal. Technology is moving so quickly that norms and laws can’t possibly keep up and we’re in for some interesting times as the friction between what’s possible and what’s acceptable bump up against one another.

There are a several interesting points here. This user was wearing prescription lenses equipped with Google Glass. Does this mean that the many potential Google Glass users who require prescription lenses are going to need two pairs of glasses? One for acceptable uses and one pair that they can wear in places and circumstances where Glass won’t be allowed? That makes an expensive proposition even more so. Will Google have to come up with a better on/off signal for Google Glass, so that it will be easy to see if a user is “glassing?” (Is that now a verb?) Certainly early adopters will have to bear a large portion of the burden for acting responsibly when using the new technology. But we all know how humans love to push envelopes when trying out new technology. Ask the folks behind the Sex with Glass App that is making some uncomfortable noise at the moment.

This is all new territory and we haven’t seen the end of this movie yet. Maybe that’s why Google has called its early adopters of Glass, Explorers.