These days we keep all types of stuff on our phones, which has raised concerns about the government or hackers snooping on our calls, emails and travel history; but according to a new survey you should be looking at someone much, much closer.

Retrevo found that your significant other is quite possibly checking your call history and email messages when you leave your phone laying on the table. As it turns out, females are more likely to snoop on their spouse or boyfriend, but men are pretty close behind.

The survey also found that moms are more likely to check on their kid’s call history than dad’s, but not by much. 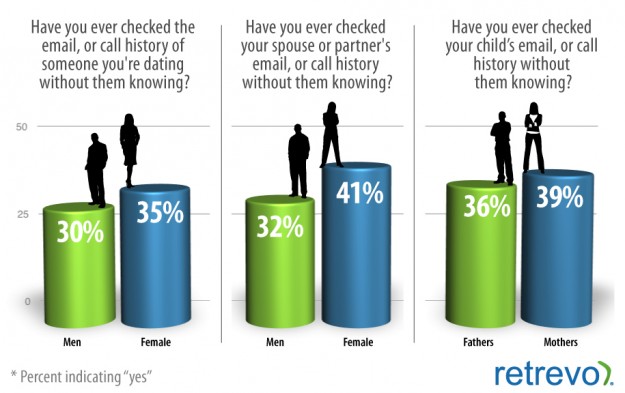 Females are more likely to be smartphone snoopers

As more and more of us have made the switch to smartphones, the number of users snooping on their partners has increased 10% from 2010 amongst all ages and almost that much across the board. 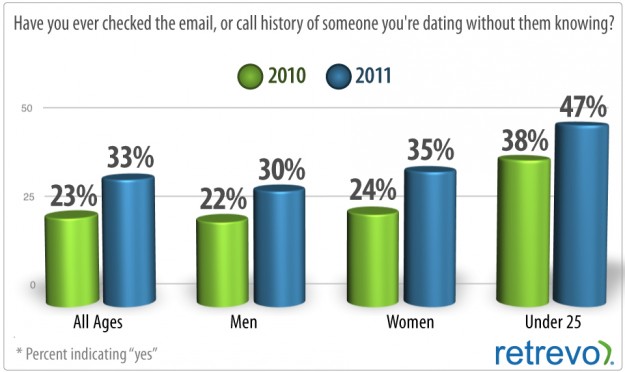 The amount of smartphone snooping has increased.

Communication snooping isn’t all we are up to these days. An astonishing 30% of couples said they would track their spouse or partner with a cell phone or other device if they knew they could do so secretly. 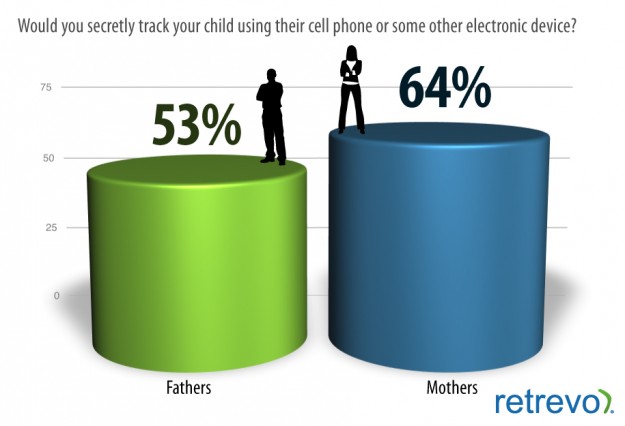 The majority of parents would secretly track their kids.

How to Stop Snooping Partners

The easiest way is to create a secure PIN for your phone. All modern smartphones have a lock code that will keep your data private. The lock mode will traditionally allow emergency phone calls without the need to unlock.

This is the easiest method, but if you want to lock specific apps or functions, you’ll need to dive deeper on your specific device.