As a posting to Electronic Art’s YouTube profile revealed earlier today, users can expect a ton of stunning visual upgrades and changes when FIFA 15 launches on PC, the PS4 and the Xbox One later this year.

Electronic Arts posted the video detailing FIFA 15 upcoming visual upgrades on its YouTube profile earlier today, inviting users to subscribe to that channel for video of other features coming to the game.

Clearly, the next generation of console hardware has allowed Electronic Arts to experiment with a ton of different techniques. In the video users actually get to see the developer model players hair in ways to match their real life counterpart. Thanks to lighting and resolution upgrades EA says that FIFA 15 buyers should expect players to look more lifelike. Those who watch closely will also notice that player’s breath and their hair moves. 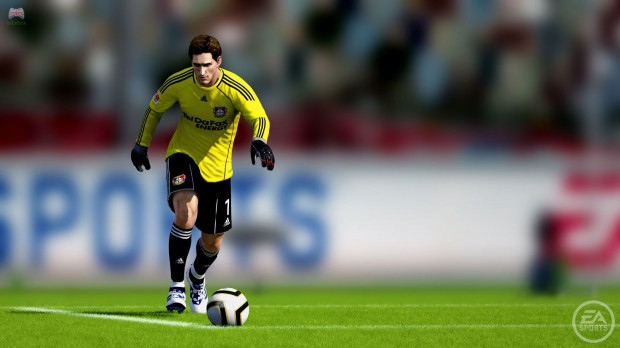 Electronic Arts is also counting new and revitalized stadiums as part of those “incredible” visual updates. Stadiums themselves will come alive with FIFA 15 much like they do in Madden NFL 25. FIFA 15 buyers can expect that the grass beneath their player’s feet will swear as each soccer match progresses. Water will spatter as player’s battle for position of each ball. The game’s physics engine has also been tied to different pieces of essential stadium equipment. Posts will move if they’re hit with a ball, and goal nets will animate when a ball is kicked into them.

All told, none of these features are an answer to the age old question asked by sports game players every year: is FIFA 15 worth buying if you have last year’s version. That much remains a very personal decision that users will need to make based on their own play habits. That being said, those who buy FIFA 15 should expect the game to feel more life-like for the reasons showcased in this video. That could be enough for most to justify the purchase. For many, sports games are just as much an exercise in immersing themselves in every details of the sport just as it is every player move that they can execute and use to score.

Xbox One, Xbox 360, PS3, PS4, Nintendo 3DS and PC users can expect FIFA 15 to arrive on store shelves on September 23rd in the United States. It won’t make its way to countries in Europe until September 26th. The PC, PS4 and Xbox One versions of the game will run on the Ignite game engine. Anyone who has played Madden NFL 25 will find it familiar.

The PS3 and Xbox 360 versions of FIFA 15 will run on a different engine that likely won’t include some of the visual upgrades shown in today’s video. In short, users who have a next-generation gaming console are better off buying FIFA 15 for that console instead of their older one.

FIFA 15 and the FIFA 15 Ultimate Team Edition are both available for pre-order from GameStop now. Presumably, the game will be available digitally on both the Xbox One and PS4 on release day.