The mobile FIFA 15 release delivers soccer fun to the masses on iPhone, iPad, Android and even Windows Phone. This isn’t the same game as the FIFA 15 release on consoles, but you can still build a winning team and play as soccer greats.

Today is the FIFA 15 release date and while many users can’t wait to play on PS4, Xbox One, OC and older consoles, there is a new FIFA 15 Ultimate Team release on mobile devices.

Instead of a focus on playing, the new FIFA 15 release on iPhone, iPad and other platforms focuses on the team building and team management known as Ultimate Team.

On the console and PC version of FIFA 15 you can enter this mode to build a great team using FUT packs that you earn and buy, and the same is true on the mobile FIFA 15 game. 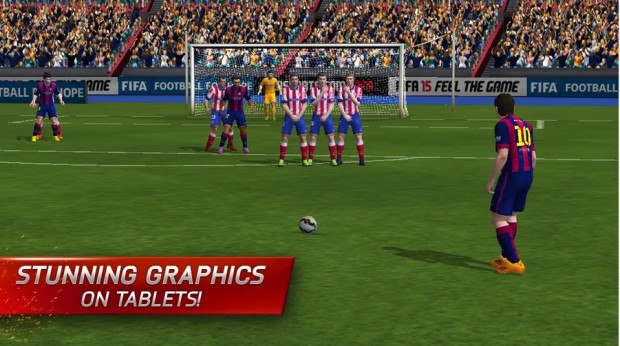 The mobile FIFA 15 release date is here with Ultimate Team play on the go.

The iPhone, iPad, Android and Windows Phone FIFA 15 release is free to download, but you’ll need to spend cash if you want to build a great FUT fast. With FIFA 15 in-app purchases up to $99 it’s possible to spend more on this mobile game than on the PS4 FIFA 15 release with just a few taps.

If you can get past the FIFA 15 in-app purchases you can build a FIFA Ultimate Team with over 10,000 players and 500 teams all available on the mobile version. You’ll also need a lot of space to download this game, with 1.35GB of space required on the iPhone and iPad.

In Ultimate Team you can earn cards, trade cards and collect cards to make the best possible FIFA Ultimate Team. This does not link up to the Xbox One or PS4 FIFA 15 game, so you’ll be building two separate teams. This is nice for players that don’t own a console or enough cash to buy FIFA 15. 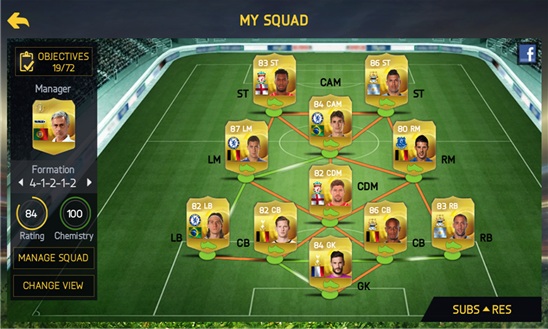 The FIFA 15 release for mobile devices isn’t limited to building the perfect team. The game also lets you play FIFA 15 on your iPhone, Android or Windows Phone. Although you can play in simulation mode where you control the lineup and subs, you can also play with yourself at the controls.

Choose from Classic or Casual controls depending on your skill and play style and get ready to play. You can also use an external controller to play without relying on the touch screen. 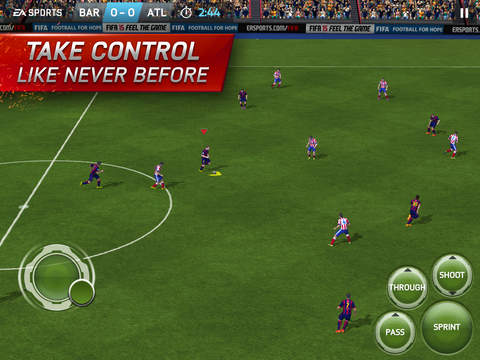 Choose from on-screen control options or an external controller.

Players can play locally through a FIFA Ultimate Team mode or choose form a total of four weekly challenges, one of which is your team’s next real-world game.

You can download FIFA 15 Ultimate Team for iPhone and iPad, Android or Windows Phone. The game is free, but if you are letting a child play you may want to disable in-app purchases to prevent any accidental purchases.