The FIFA 16 release date arrives in a week with new FIFA 16 features and visual upgrades that EA hopes are enough to convince gamers to upgrade and to take on Pro Evolution Soccer 2016.

You can play FIFA 16 on Xbox One, PS4, PC, PS3 and Xbox 360, but the best new features are limited to the newer consoles and PC. 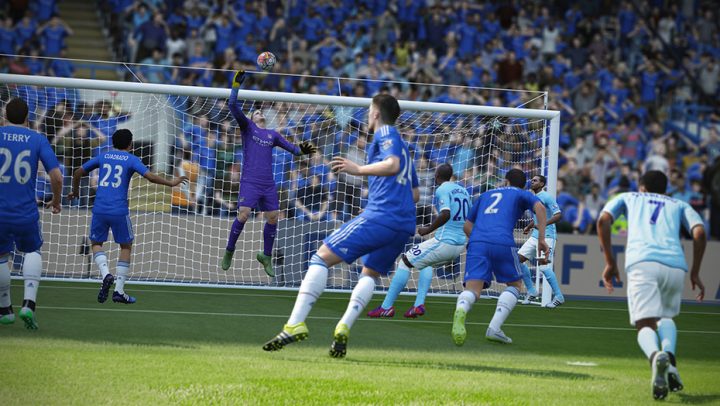 What you need to know about the FIFA 16 release date on console and PC.

We’ll take a look at the early FIFA 16 release date options for this year, which is much more limited than last year, an impressive FIFA 16 deal and other important information.

Gamers who plan to buy and play FIFA 16 on day one will want to use this guide to get ready and make any last-minute FIFA 16 pre-orders if they need to make sure to get delivery on day one.

There are two FIFA 16 release dates that gamers need to know about. We can’t tell you why EA staggers the FIFA 16 release date between regions when it has taken steps to ensure the same release time in the U.S., but there is still a few days between the game’s arrival.

There are two versions of FIFA 16 available to purchase. The standard FIFA 16 edition is $59.99 and the FIFA 16 Deluxe Edition is $69.99 with added FIFA Ultimate Team Packs and celebrations. 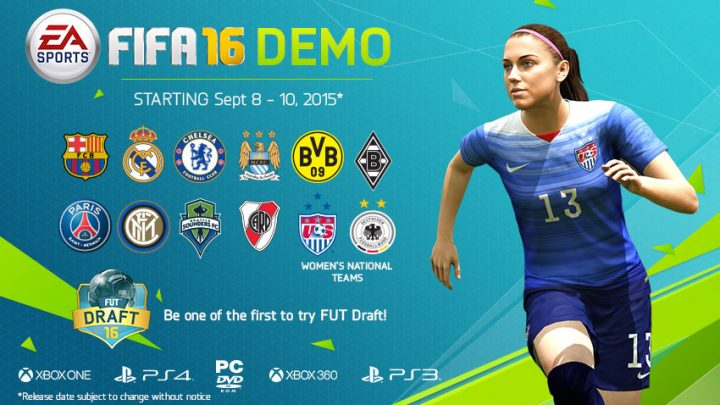 Here are the FIFA 16 demo teams you can use.

The FIFA 16 demo release date is finally here and the game is available on PS4, PS3, Xbox One, Xbox 360 and PC.

@ReidNickel For North American users on PS3/PS4 the #FIFA16Demo will be available later this afternoon. Thanks for your patience.

Some of the FIFA 16 demo release dates are coming as late as the 10th, but this should not be the case in the U.S.

The FIFA 16 demo offers an option to play early with a limited number of teams and stadiums, but there are options to play FIFA 16 early on the Xbox One with EA Access.

This is a $5 a month or $30 a year program that includes a 10-hour FIFA 16 trial of the full game. This will arrive as a download option on Thursday in the U.S. and in other locals — even those with the later FIFA 16 release date.

All progress in the FIFA 16 trial carries over to the full release of the game. This is only available on the Xbox One. In the past EA offered options to play early on PS3 and Xbox 360, but this is not an option for FIFA 16.

The digital FIFA 16 release date is the same as on disk and you can even pre-load it so that you can play as soon as the clock hits 12:01 AM on the release date.

In the U.S. gamers can pre-order the digital FIFA 16 game on Origin, the PlayStation Store and on the Xbox Store.

When you order digitally and pre-load you can start playing at 12:01 AM Eastern on September 22nd. The time is the same on Pacific and in other time zones across the U.S., so you can play at 9:01 PM Pacific on September 21.

So far there are no confirmed FIFA 16 midnight release date events, but there is a chance that we will see Best Buy or GameStop offer limited midnight release events. If GameStop announces plans you should see an event listed on the GameStop events page. 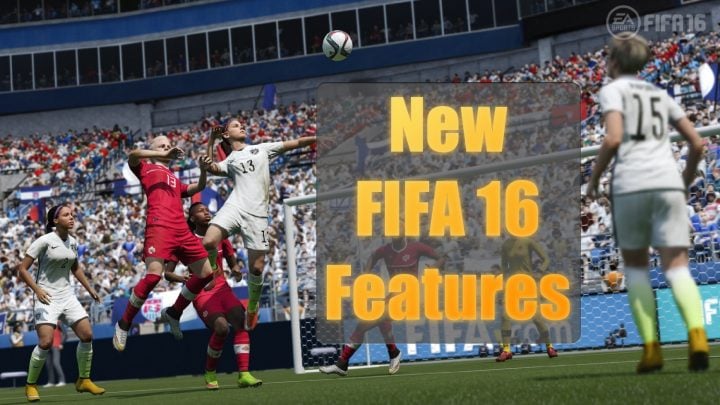