Originally announced at the same time as Final Fantasy XIII, the team behind Final Fantasy Versus XIII hasn’t spoken about the game much until today. Today the company finally broke that silence with a long video demo of the game showing some of the story of the game along with some extremely cinematic combat. 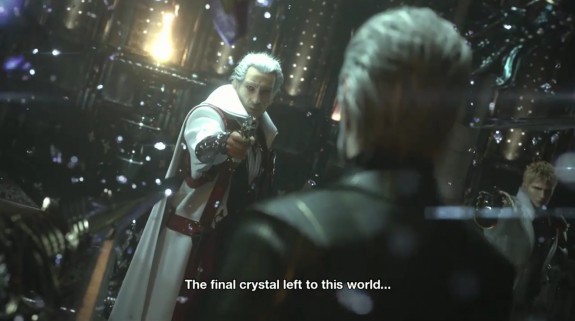 The story of the game involves some sort of crystal and a number of rich characters living a very decadent lifestyle. As with any Final Fantasy game, the and characters are all highly stylized with many ornate details on structures and characters with complex outfits and unnatural colored hair.

At the end of the video two characters discuss something about the number of the game. The Final Fantasy Versus XIII logo then explodes and reforms into a new logo for Final Fantasy XV, effectively rebranding the dormant game as the next mainline game in the series instead of just a side story.

Following the Final Fantasy XV reveal video Square Enix showed a teaser for Kingdom Hearts 3, the next installment in the popular series. The video shows titular character Sora picking up a Keyblade on the beach of what looks like his home. It then cuts to a town street with Sora running away from a horde of heartless. 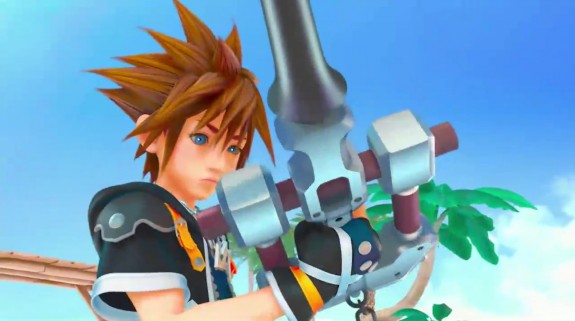 No Disney or Final Fantasy characters appear in the video, though Donald and Goofy do appear as character icons on the screen.

There is no release date given for either games, though with its long development schedule Final Fantasy XV is presumably closer to release. The “currently in development” line at the end of the Kingdom Hearts 3 video also hints that it’s nowhere close to release.