Firefox for Android Beta has a brand new design that fits more nicely with the rest of the Android platform. 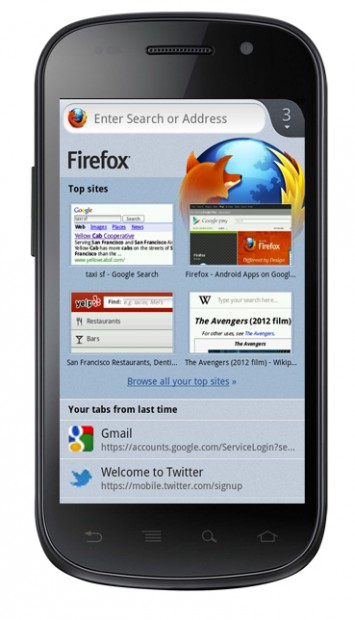 The new app brings a new “Awesome Screen” homescreen to the browser. It’s a homescreen the shows the user’s most visited sites and tabs from last time they used the app. Launching the app and loading pages is faster in the Beta version of the browser, as is navigating web pages.

The new Firefox for Android Beta also adds support for Flash, which isn’t in the stable build.

With the word “Beta” attached to the new browser, users should know that it has a few bugs. Mozilla is hoping users can help find those bugs. Users might not want to use Firefox for Android Beta as their main browser until Mozilla can get take care of most of the bugs. Although, Chrome for Android is also in Beta, and it’s stable enough for everyday use. The new Firefox could be just as stable.