The Galaxy Victory 4G LTE is a decidedly mid-range phone, but it runs a relatively recent version of Android, and doesn’t require a contract to access 4G LTE data. For just $35 a month users will get unlimited data and messaging with 300 voice minutes. Because the phone is on Virgin Mobile, users can also use Google Wallet. 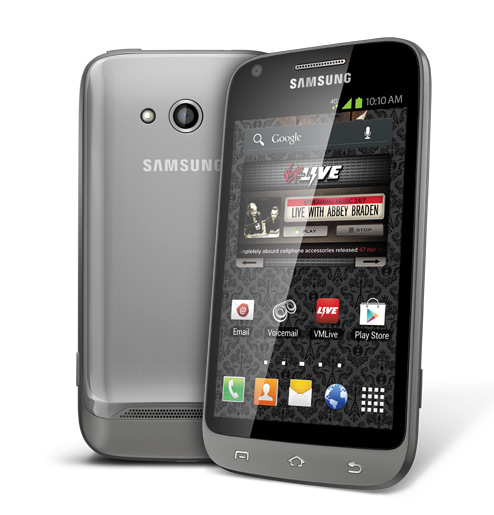 At $199.99 without a two-year contract, the Boost Force is the cheaper phone of the two. The phone has a 4-inch display, a 5MP rear-facing camera and a 1MP front-facing camera.

The HTC One SV will cost $299.99 when it comes to Boost Mobile on March 7. The HTC One SV is the same phone that recently came to Cricket Wireless in the U.S. The phone is somewhere between the HTC One S and One V. The One SV features a 4.3-inch 800×480 display, and a dual-core 1.2GHz Snapdragon S4 processor.

Like other recent HTC phones, the One SV has an enhanced 5MP camera, Sense 4 and Beats audio for enhanced sound. The HTC One SV runs Android 4.0 Ice Cream Sandwich.

None of the new phone on Virgin and Boost Mobile use the latest version of Android, and all are mid-range phones, but these are the first three prepaid phones to use Sprint’s new 4G LTE network.