First iPhone 5s Ad Goes Gold, Even Though You Can't

The first iPhone 5s ad appeared this week, signaling that Apple is ready to start talking about the premium iPhone after several weeks of showcasing the iPhone 5c in television ads.

Apple launched the iPhone 5s and iPhone 5c last month putting an emphasis on the cheaper, and “unapologetically plastic,” iPhone 5c. The iPhone 5c comes in a variety of bright colors and is widely available at carriers and Apple Stores while the iPhone 5s remains hard to find in stock.

The gold iPhone 5s is out of stock at most retail locations, with a three-week wait for online orders through most carriers and Apple.

While you can’t buy a gold iPhone 5s right now, it is the iPhone that Apple is using to advertise the new iPhone to the masses. The first iPhone 5s ad is on the back of The New Yorker highlighting the Touch ID fingerprint reader.

In the ad, Apple shows a close up of the Touch ID fingerprint sensor on the front of the iPhone 5s. This is one of the most distinguishing features of the new iPhone and it is not surprising that Apple is making it the star of the iPhone 5s ads.

The ad includes the tagline, “Your finger is the password.” and the following information about the features.

“Touch ID was created not only to protect all the important and personal information on your phone, but to be so easy to use, you’ll actually use it. It’s state of the art technology learns your unique fingerprint, so you can unlock your phone or even authorize purchases with just a simple touch.”

While users can make purchases with Touch ID on the iPhone 5s it only supports this for 48 hours after entering a password. Users can login with a touch of their finger, but that’s it. 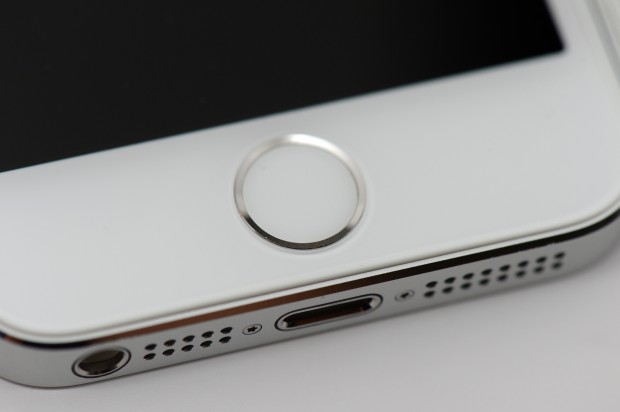 Your finger is the password, but only for the Apple App Store. Currently Apple does not let users log in to other apps or to websites with their fingerprint.

The video below shows Touch ID in action, including the setup process for Apple’s fingerprint sensor.

The ad includes a T-Mobile logo, but it wouldn’t be surprising to see similar ads showing the gold iPhone 5s with Verizon, AT&T and Sprint logos.

Apple is holding a fall event on October 22nd where we expect to see the iPad mini 2 and iPad 5 with Touch ID and update specs.