Arriving on Wednesday, the title by Gameloft focuses on first-person shooter experiences and multiplayer features like Xbox LIVE friend invites. That this title is actually being powered by Gameloft’s servers, yet still allows for any Xbox LIVE integration, is unique. Xbox LIVE currently doesn’t allow for real-time multiplayer features on Windows Phone. This real-time multiplayer will allow sessions of up to 12 players who can connect via a local Wi-Fi network or online. As with all Xbox LIVE enabled titles, a subset of the game will be available for users as a free trial. Those who wish to purchase the full title will be able to do so from the Windows Phone Store for $6.99. 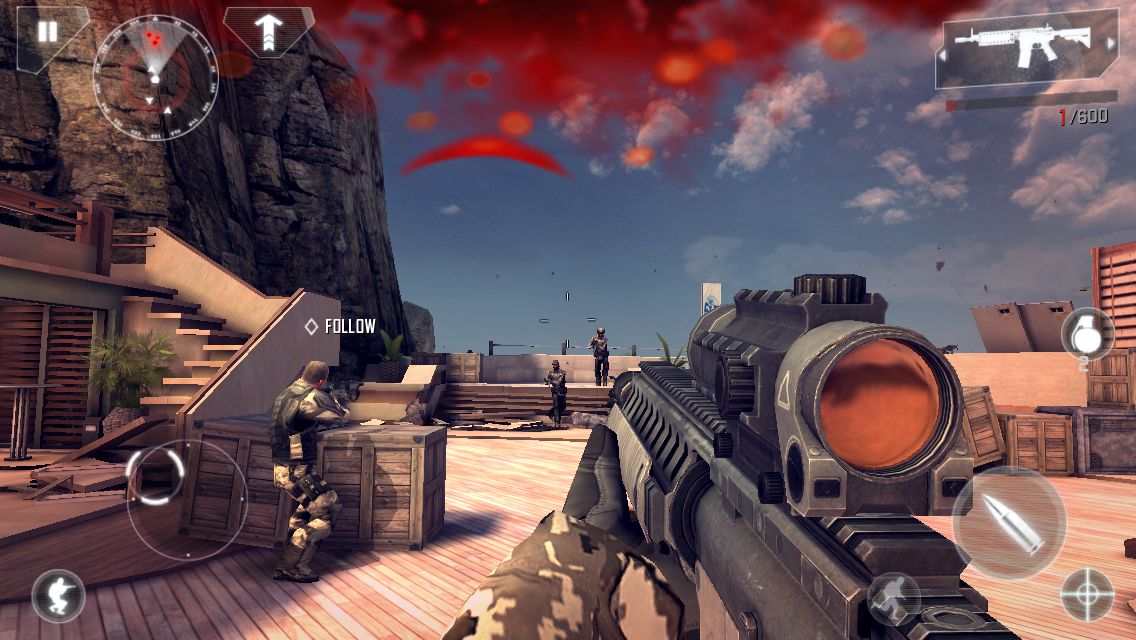 WPCentral spent some time with the game at this year’s Games Developer Conference. Though they were not not able to try the multiplayer mode themselves, they were able to film their experiences in the game’s single player mode:

Modern Combat 4 first made its way to user’s smartphones via Apple’s iOS and Google’s Android last year and is powered by the Havok gaming engine on both those platforms, as well as on Windows Phone. Microsoft first announced that it would be bringing support for Havock last June. Use of gaming engines allows for developers to focus on providing one unified codebase for a title without the need to rewrite the entire game for each platform. In supporting these types of efforts, Microsoft is hoping to get the latest and greatest games delivered to Windows Phone at the same time as they are released on other platforms.

There is also the real possibility that using gaming engines will for a frustrating experience for new users. According to WPCentral, only users with 1GB of RAM on in their Windows Phones will be capable of running Modern Combat 4. While most of today’s lineup of Windows Phones will meet that requirement, the minimum system requirements for Windows Phone only demand that smartphone manufactures install 512MB of RAM in order to license the operating system from Microsoft.