Fisker is in a bad way. Their founder left the company recently and bankruptcy is imminent. Just a year or so ago, if you were to look at the titans in the electric vehicle (EV) industry, it would have been Tesla and Fisker. The Fisker Karma is a range-extended electric vehicle. Unlike the Tesla Model S, when the energy is depleted in the Fisker Karma a small gasoline engine would take over to start charging the batteries to provide juice to the batteries. This means that the Karma would not suffer from the range anxiety that accompanies an all electric vehicle.

What went wrong? The Karma had been littered with technical difficulties, but the real issues that led to the demise of the car (and perhaps even the brand as a whole) was Hurricane Sandy. 320 Karma vehicles were destroyed, leading to a $32 million loss for the company. On top of that, the Karma had started to gain a reputation of spontaneous combustion. Now the United States government is looking for repayment of the loan that it made to Fisker, and Fisker just laid off 75% of their workforce. 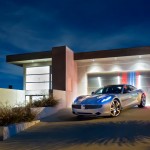 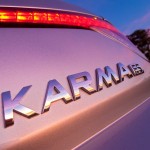 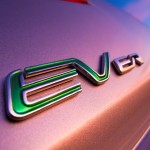 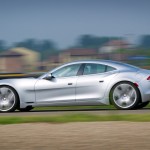 Electric vehicles are difficult. The research and development costs for a new vehicle are greater than a “normal” vehicle, and in order to remain profitable that costs for that development need to be passed off to the consumer. Fisker, and Tesla (for that matter) received government loans to help offset that cost. Also, the United States government adds a financial incentive to electric vehicles in the form of a tax credit to help drive people into the show rooms. Making matters worse, when a consumer is paying $100,000 for a vehicle, they expect more than just four doors, four wheels and a silent motor. Considering that for the same money they can purchase a technological marvel like the BMW ///M5, many normal people would rather have the performance, technology and proven record of a large automobile manufacturer. For the EV manufacturer to compete they also have to include many of those technologies and creature comforts on their vehicles, which drives up the cost of production but cannot be allowed to drive up the cost of purchasing the vehicle.

Big auto manufacturers are seemingly only willing to make electric vehicles in small numbers to maintain their average MPG across the board to comply with C.A.F.E. (corporate average fuel economy) standards, and not to move the industry forward. Hydrogen, which powers the FCX Clarity from Honda, is still not readily available at the local refueling station. It appears that the only people who are going to make electric vehicles work are the small, independent start-ups.  However, those start-ups are the ones who are going to have the most difficult time making it in the automotive industry. While it seems like Tesla is doing as much right as it can (they’re struggling with legal issues to even be sold in Texas), there will surely be a lot of attrition in the sector while it is attempting to grow.

The ultimate question is, outside of the geek circle, do people really want all-electric vehicles? If so, at what price?