Now that Samsung’s Galaxy Note 7 is available again following a short recall, millions of users are enjoying the phone. However, it’s not perfect and some owners have been experiencing Galaxy Note 7 fingerprint scanner problems. Here we’ll go over a few helpful tips to fix any potential issues users may be facing.

Read: How to Quickly Make the Note 7 Faster

Now that replacement devices are in the hands of users and the phones popularity has increased again, we’re seeing a few comments. Some of them include how great it is, while others are experiencing issues with the fingerprint scanner. If so, read on for some potential fixes and solution. 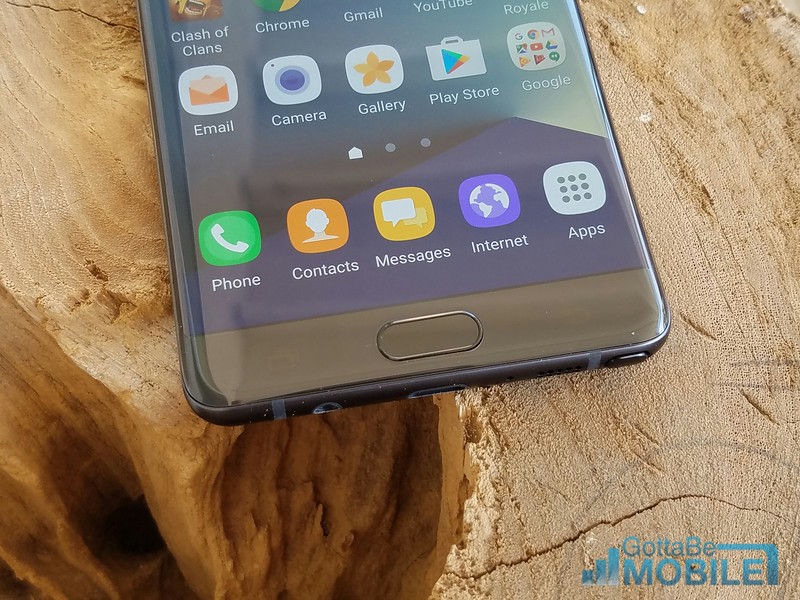 The fingerprint scanner on all recent Galaxy devices is fast and accurate. Often unlocking phones in less than 0.5 seconds. It’s easy to use, setup is a breeze, and once configured we rarely have problems. In fact, it works more than 95% of the time and mostly user error for not pushing down long enough.

All it takes is a quick tap n hold of less than one second, and the phone will unlock or make a payment. However, we’re getting a few complaints that it isn’t working or says to, “wipe sensor and try again” which can be frustrating.

Above is a collection of some of the best cases for the Galaxy Note 7, but they are also one of the things we’ll mention below for Note 7 fingerprint scanner problems. Users  register a finger before applying their case or screen protector, which could be causing issues. Lets get started.

If your Galaxy Note is failing to recognize your saved fingerprint it could be a few of multiple reasons. First up, if you’ve already added a fingerprint or two, make sure the scanner surface is clean, as it may not be getting an accurate reading. This is the error I see the most, especially with my new safe Note 7. Facial and fingerprint oil build-up, makeup, dirt and more could be causing it to malfunction and not get a 100% accurate reading. Give it a quick wipe and make sure your fingers are clean during setup, too.

However, the biggest thing is how you setup your fingerprint. The setup is pretty self explanatory, and Samsung has users tap at different sides of their finger, angles and more. It won’t let you continue until you change the angle. This makes the reading more accurate. Even if you did it right, delete them and try again if you’re facing problems. In the video below we’re adding a fingerprint to the Note 5, which is nearly the same on the Note 7. This is how it should be done.

After following that if you’re still having issues where it fails to read a finger, delete it and try again. Simply head to Settings > Lockscreen & security > Fingerprints > tap your finger to allow access, and long press any of the saved fingerprints and tap “Remove”. This will delete it and allow you to re-add it to the phone. Each print lights up as you touch the sensor, so you know which one to delete. We’d suggest re-doing all of them.

I’ve seen reports about doubling the same finger in the system for a better chance of success, but this could make the system more confused. I doubt it will work, but you’re welcome to try.

What we have noticed though, and what is likely the biggest problem for owners, is screen protectors or cases. These slightly change the angle at which we tap the sensor, and could be causing the reading to struggle at times. 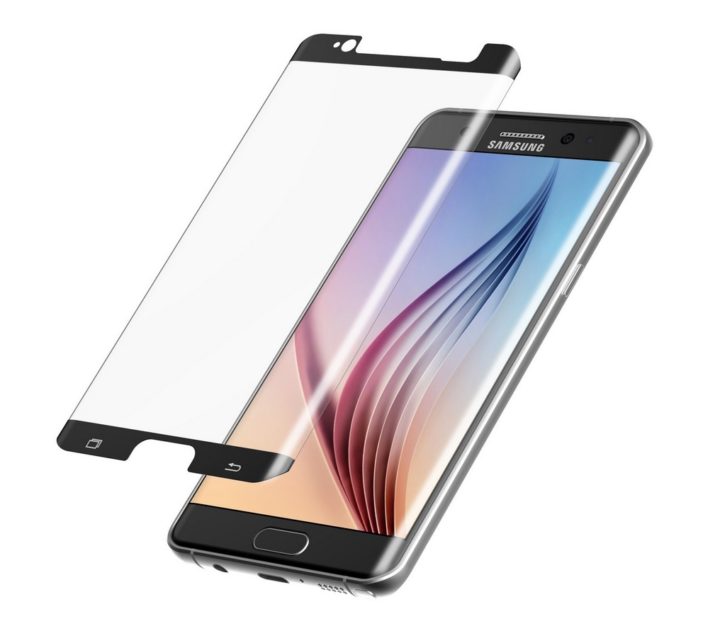 Most owners setup the Note 7 fingerprint scanner right away during first use, then encounter problems after adding a case or screen protector a few days or weeks later. This is because the case is causing the finger to scan at a different angle, and a protector will do the same. Especially a full-cover one like pictured above.

Those who’ve added a screen protector or case to the Note 7 should delete (remove) all fingerprints saved, and redo the process following the how-to video above. Now as the device scans and saves a fingerprint it will get a perfect reading with your accessories installed. Ensuring a better experience moving forward.

Put any accessories on you want to use, clean the device and wash your hands, and start over. From here there shouldn’t be any problems, and it should work as advertised. You can always try the Iris scanner too, if you’d like.

In closing, always use a backup method like a pin or password in case of problems. If all else fails or the scanner continues to have problems, try doing a factory data reset. This is a last resort and will erase everything on the phone, but has fixed even the worst fingerprint scanner problems aside from a broken sensor. Good luck.