Video game publisher Activision says it’s working with a partner to create a fix for all the Tony Hawk’s Pro Skater 5 problems that gamers are reporting. Unfortunately, it isn’t actual providing a time-table for when that fix or fixes might arrive.

In a statement to website Polygon, Activision confirmed that updates to address all the issues users are reporting with the game are on the way. Tony Hawk’s Pro Skater 5 launched earlier this week to generally horribly reviews. Everything from the game’s graphics to the physics engine that governs what tricks users can pull off needs attention, reportedly.

“We are aware of the issues that players have experienced following the launch of Tony Hawk’s Pro Skater 5 and are working with the developer to address these so that we can continue to improve the gameplay experience for all the Tony Hawk fans who have known and loved this franchise for more than 16 years.” The statement sent to the outlet reads. 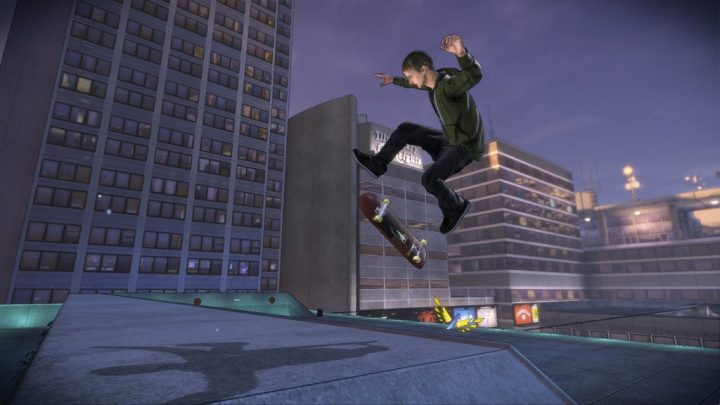 Revealed earlier this year, Tony Hawk’s Pro Skater 5 should have been a blockbuster release. Available this week on the Xbox One and PS4, the game is supposed to strip the ancillary experiences that ruined earlier incarnations of the game and bring it back to its core elements. At the same time, Activision promised gamers some pretty robust features that are big on modern gamers. A giant skate park in the game’s multiplayer allows players to pull of tricks with their friends while they wait for a multiplayer session to begin. 20 different gamers are able to play in multiplayer at once. Activision even promised users robust character and skate park creation tools.

Kotaku reports that doing something as simple as changing a character’s clothing takes 15 seconds to load. Other gamers report falling through levels. Many users also reporting the game outright crashes without warning, forcing them to start it again.

Even more troubling – if that’s possible – are the circumstances surrounding all these Tony Hawk’s Pro Skater 5 problems. Kotaku says that it didn’t’ receive a copy of the game to review until after it was already available for purchase. Users who pre-ordered the game report that their initial download was 4 GB. On release day a 7GB patch arrived the shore up the game. The size and scope of that update hints at a troubled development for Tony Hawk’s Pro Skater 5. Patches routinely arrive for games on their release day because developers continue to work on fixing bugs after discs for the game are being printed. Rarely is a release day patch for a game that large. Allegedly, the PS4 version of the game has the most problems and issues.

On top of all that, it appears that Activision may have rushed development studio Robomodo to get the game out within 2015. A press release fond on PR Newswire indicates that Activision’s license to publish Tony Hawk’s Pro Skater expires this calendar year.

All told, Tony Hawk’s Pro Skater 5 could be a huge wash for Xbox One and PS4 owners. For users who digitally pre-ordered the game on their console, the damage is done. They’ll have to wait for fixes to address these Tony Hawk’s Pro Skater 5 problems. For Xbox 360 and PS3 owners there’s still time to adjust their plans. Neither console allows for digital pre-orders and disc-based pre-orders at GameStop can be cancelled. Other retailers use gift cards for their pre-orders, meaning that value can be applied towards another purchase.