Flappy Bird for Windows Phone Is On The Way

Windows Phone owners won’t have to wait long to get their hands on Flappy Bird, the latest mobile game to capture the hearts and minds of casual gamers. According to the game’s developers, Flappy Bird for Windows Phone could arrive within the next month.

To be more exact, Flappy Bird’s developer expects the game to arrive in the Windows Phone Store in about 10 days according to tweets sent earlier this week. Of course, this being Windows Phone, the developer says that he’s prioritizing an update to the iPhone version of the game first. 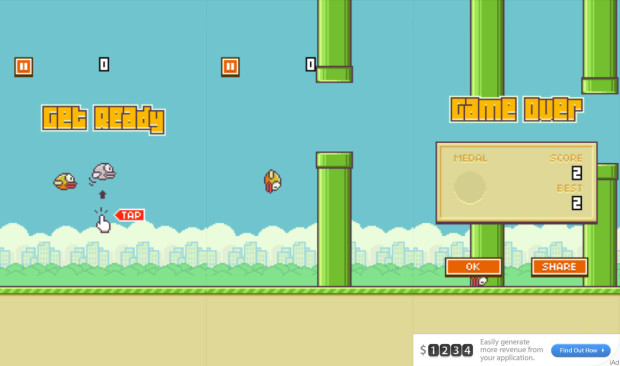 We look at why Flappy Bird is so addictive that gamers are hacking it for higher scores. 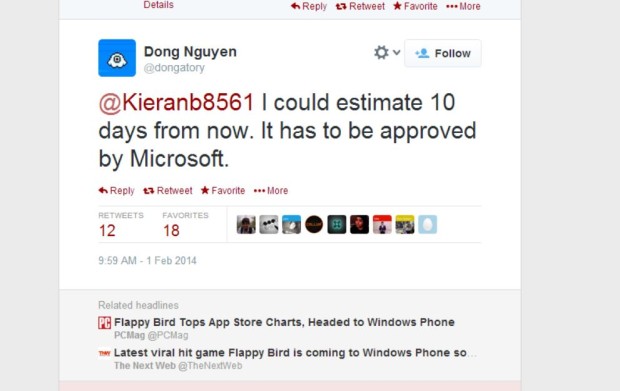 A tweet confirming Flappy Bird for Windows Phone is on the way.

For the uninitiated, Flappy Bird puts mobile users in control of a character who needs to navigate around pipes and other obstacles. Like Angry Birds before it, the relatively small amount of gaming experience needed and lack of a story line make it approachable for almost anyone. It also helps that the game is routinely described as frustrating for both casual gamers and hard-core gamers alike. That’s a stark contrast to most mobile phone games. More often than not, mobile game developers tailor their experiences for players with the least amount of skills first. Sometimes this results in pretty boring play for experienced gamers.

In fact, the game is so frustrating that many users have taken to hacking it and using cheats to get a higher score. It’s a topic GottaBeMobile covered in a bit more in depth this week in Flappy Bird Addiction Pushes Gamers to Go Big with Hacks and Cheats.

Flappy Bird is available for free on iPhone and Android.