Flappy Bird is the number one game on iPhone and Android, but in less than 24 hours the game will no longer be available for users to download from the official sources.

Users that already own Flappy Bird on the iPhone or Android won’t wake up to find Flappy Bird pulled from their phone, but it will no longer be available to get on the App Store according to Don Nguyen, the game’s creator. 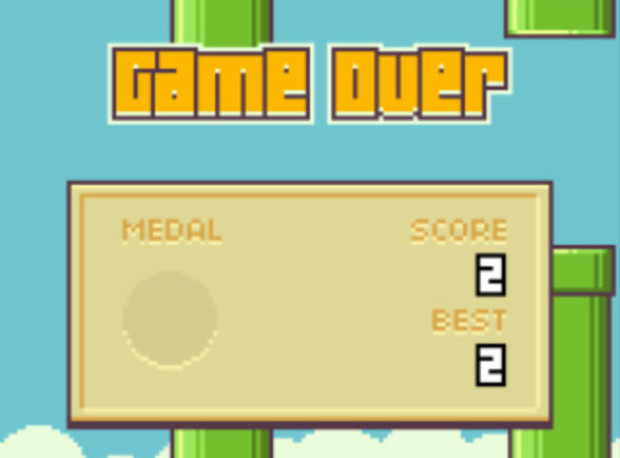 It’s Game Over for Flappy Bird in less than 24 hours.

In a series of tweets Saturday, Nguyen shared his decision to pull Flappy Bird in 22 hours, stating, “I cannot take this anymore.” Nguyen assures gamers that it is, “not anything related to legal issues.” The only statement is that he, “just cannot keep it anymore.”

While there are sure to be similar games showing up to take the place of Flappy Bird, it will not be an official version as the creator will not sell Flappy Bird.

While the reason is not clear, Nguyen received a lot of attention over the past month as the game exploded in popularity and users turned to Flappy Bird cheats for higher scores. This news likely means Flappy Bird for Windows Phone is off the table.

This is not the end for the Flappy Bird creator who is also behind two other top iPhone games, Super Juggling Ball And Shuriken Block.

While Flappy Bird 2 might be off the table, Nguyen is still making games and according to his Twitter feed he is working on a new game that will make use of tilt controls. There’s no word about what this game is, but gamers will need to wait.

iPhone users that missed out on Flappy Bird will likely be able to find a version for their jailbroken device, but regular users will be out of luck in most cases. Android users can install games from outside of the official app store, so there will no doubt be a version floating around for a long time.