The OnLive Desktop app for iPad already brought Office to the iPad, ahead of the official Office for iPad leak, and now OnLive has added upgradeable plans that allow you to use Flash on the iPad.

The video below shows off the OnLive Desktop app in action, including Word, Excel, Adobe Reader and Internet Explorer 9 with Flash.

The new OnLive Desktop app plan allows you to use Flash websites on your iPad with Internet Explorer 9, and a Windows 7 desktop experience. If you want to use Flash and install other programs you need to pay additional monthly fees.

If you want to use Internet Explorer 9 with Flash you’ll need to pony up $4.99 a month, and $9.99 a month for the ability to install your own apps. With each of these options you get online cloud storage, so you can keep your files in the cloud. 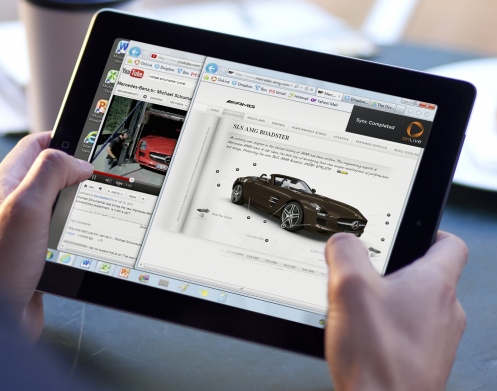 Right now OnLive desktop works on the iPad, but it will be coming to Android, PC and Mac. Most home users won’t want to pay $5 a month for Flash, but companies may find the OnLive service useful for bringing Microsoft Office to the iPad and delivering a thin client experience on the iPad and other mobile devices.

Unlike the remote desktop apps that are all over the iTunes App Store, OnLive doesn’t need a computer installed and turned on, on the company network for every employee, saving money and resources.

Would you consider signing up for OnLive for your business? Would this help you use your iPad as a Laptop?