For iPhone users who enjoy capturing memories and uploading them online to share with friends and family, doing so will be a lot easier after the latest update to Flickr Mobile for iOS.

Starting today, iPhone users can download Flickr Mobile 2.2, an update that brings a huge array of tools designed to make capturing, editing and uploading pictures with the iPhone as simple as a few on-screen button presses.

According to the app’s iTunes changelog, after the update users can expect a new bevy of filters to allow them to colorize and alter photographs they’ve already taken. In addition to these, Flickr is also introducing live filters, or the ability to actually preview and add effects at the same time as they are capturing the original photo. Flickr says, this will make it easier for Flickr Mobile for iOS users to choose between the app’s large number of filters without having to randomly mix and match their photos with filters they think might work best for the scene they are trying to capture. Finally, as if more filters and live filters weren’t enough, Flickr Mobile for iOS will finally allow users to customize the settings of each filter, effectively giving users the ability to create filters of their own. 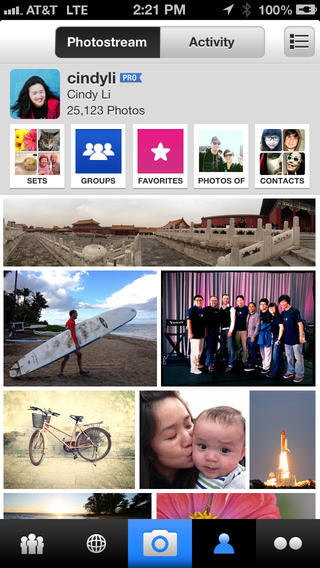 This update isn’t only about photo effects. Flickr has updated the camera settings inside its application to support adjustments like pinch to zoom, the ability to lock the cameras focus and change exposure settings.

The updated application is already available in the iTunes App Store for users to download for free and is compatible with the iPod Touch and iPad. While the app does work on any iPhone running iOS 5.1 or later, Flickr says that it has been optimized for iPhone 5.

Just as with the earlier versions of the application, users can upload pictures taken with Flickr Mobile for iOS to the company’s social network through the app for free, however users may need to purchase a subscription for more storage space.