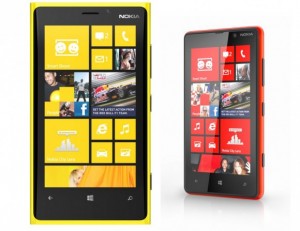 As far as Nokia goes, the company was given unprecedented access to Windows Phone source code when it had agreed to join the Microsoft camp and abandon its focus on the aging Symbian platform. Given this access, it’s being reported that Nokia will be adding some of its touches to the GDR2 update that won’t be part of the general distribution to other handset manufacturers.

This includes he ability for users to double tap the screen when the device is in sleep mode to wake the device up. Given Nokia’s focus on screen functionality as its recent crop of Windows Phone smartphones have touchscreens that can be manipulated when users wear gloves, this is rather unsurprising.

Users will also be able to flip their phones over to silence their Lumia devices. This feature, however, is not novel and has been seen on a number of Android handsets in the past. It has also appeared on older Windows Mobile handsets as well. Additionally color profiles will also be part of the Nokia-specific release.

The update is said to be coming over the next few months and is considered a relatively minor update.