For the Record: April Fools Day Happens Every Day in the Gadget World

April Fools Day on the Internet used to be one of equal parts fun and frustration. Aspiring pranksters got your goat with clever blog posts, some born as clever press releases. Some companies enjoyed it too and still do. Google being one of the best at it. Over the last few years there’s been a considerable diminishing of this kind of behavior, and with it a crescendoing condemnation of the whole affair from many in the tech press of any sort of April Fools hanky panky. 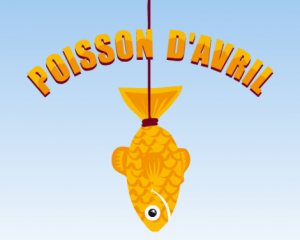 Back in the day, Rob Bushway and I used to have a lot of silly fun here on GBM with April Fools posts. (Here’s a link to some of the archives on that.) Some would enjoy them. Some would get really angry about them. I’d continue the fooling if I had the time and energy, but I don’t and quite honestly, I’m not to thrilled about the responses from those with no sense of humor, especially from those who write on the Internet each day. There is certainly reason for some of the negativism from the nattering nabobs, because some have found themselves falling pretty to the pranks and occasionally gotten caught up in the joke, running with stories that they thought were real. But, wait a minute…

The wonderful irony of it all, on some levels at least, is that some of the folks I see complaining loudly in the run up to April Fools Day, are some of the same folks who cover a business that relies on, well, let us just call it, pulling the wool over the eyes of consumers on a daily basis. And quite a few help with their coverage of the wool pulling.

Beyond the small list of topics that many cover (or is that regurgitate) knowing they are stretches of the truth, (4G speeds and coverage, battery life reporting, privacy and security guarantees, Android upgrade promises, etc… ), you could argue that the rumor mill around gadgets and mobile tech is nothing more than a continuous stream of April Fools Day reports year round. Although, it might be a stretch to call it an argument. By the way, this is no different than the coverage of other topics of human endeavors (politics, sports, finance, etc…)

Perhaps that’s one of the reasons that the fun seems to be going out of April Fools Day on the Internet.

Whether you enjoy April Fools Day or not, have a pleasant day.