Ford Sync and MyFord Touch are rooted in Microsoft, but that doesn’t mean Ford isn’t interested in partnering with Apple to deliver on the iOS 7 in the car, a new feature that puts the iPhone screen on the car’s in dash display.

Apple announced a new iOS 7 in the Car feature that will take Siri Eye’s free to a new level, with an AirPlay like feature that will overlay iPhone apps like Maps, Music, phone calls and messaging on the display built-in to the car’s dash.

Jim Buczkowski, director of Electrical and Electronics Systems at Ford Research and Innovation, told Gotta Be Mobile that he was meeting with Apple around the time of the Apple WWDC 2013 event where Apple showed off the new iOS 7 in the Car technology. 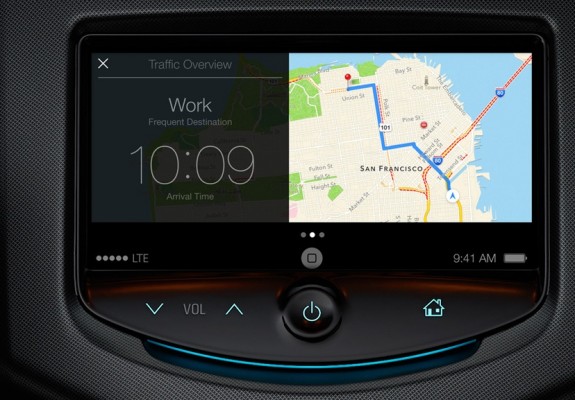 Ford’s name and logo did not appear on stage at WWDC 2013, which led many to believe Ford cars and trucks would not see this sharp-looking way to use the iPhone, but that’s not the case.

“They were very specific around launching in 2014, shipping product in 2014,” said Buczkowski, adding, “and we weren’t ready to commit to shipping in 2014.” 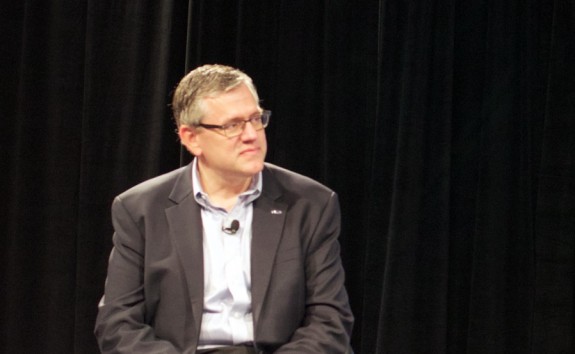 Jim Buczkowski, director of Electrical and Electronics Systems, tells Gotta Be Mobile Ford is working with Apple on features like the new iOS 7 in the car.

Ford’s challenge is to make this a “seamless experience,” says Buczkowski, clarifying that Ford needs to figure out how to handle the iPhone mode and the Ford modes which users would need to use in order to maintain iOS 7 in the car and other functions like AM/FM radio, Sirius, climate control and more.

Buczkowski wouldn’t commit to any firm dates or models for an iOS 7 in the car solution, but it is clear the company is exploring how to mesh the MyFord Touch system with new features from Apple and other tech companies.

Earlier in the day Bill Ford, Chairman of Ford Motor Company said that Ford is working with the “Apples and the Googles”, referring to large tech players in Silicon valley.

Related Topics:AppleFordiOS 7iOS 7 in the car