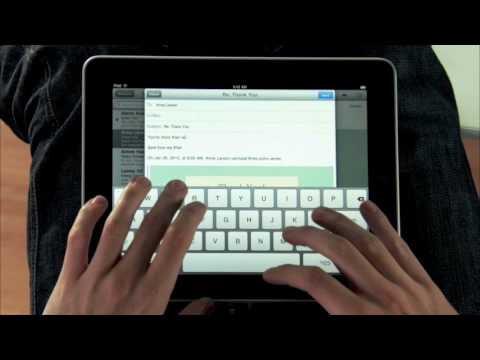 This is an interesting read on the potential fortune of Tablets from Fortune. Beginning with a quote from NVida that says “we’ve found our most personal computer” that is a morph of of a line often uttered in the days where only Microsoft was in the Tablet PC space, it is full of promise of things to come and also a bit wary.

Yes, it’s full of iPad, as it makes the argument that Apple is setting the pace, which is obviously true.  But it also talks a little about what other companies may or may not be thinking. Some interesting tidbits that I think bear hanging onto:

The wary part of the article I think is the most telling even if it is laid out almost as a toss away. Copeland says every one is waiting to see what happens this spring after the iPad launch and “not even Apple will know exactly what consumers will do with the iPad until, well, consumers start using the iPad.” Obvious, but spot on. I’m guessing there are a lot of nervous folks in the executive suites at a number of OEMs about now, including at Apple.

If you put two and two together here, we’re seeing an industry betting largely on Apple creating a market that everyone else is anxious to capitalize on. Consumption is king in this market. Between selling ads and selling content, everyone is hoping they can change habits and create new ways of getting your money and your eyeballs. But will it work? That answer remains unknown.

We’re on the cusp of a period that will determine quite a bit about Tablets and computing in general and all eyes are on Cupertino. It will be fascinating to watch.