In the video game world, “grinding” isn’t known as a form of dirty dancing, but rather a method in which a gamer engages in repetitive tasks in a video game in order to level up or gain achievements. It’s the most boring thing in the world to a video gamer, and many games are guilty of it. Racing games are extremely guilty of it and Forza 5 for the Xbox One is no exception.

Forza 5 is one of Microsoft’s star launch titles with the Xbox One, serving as a benchmark for which Xbox One graphics can be measured against, but it seems the developer of Forza 5 forgot about gameplay. The graphics are mighty pretty, but once the wow factor dies down and you actually start playing the game, it’s a grinding nightmare from which you will never wake up. 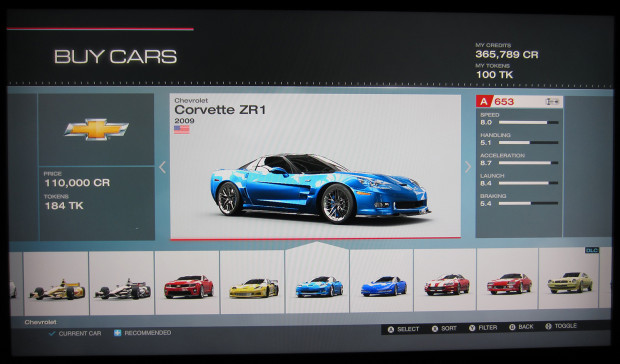 Repetition Is the Name of the Game

Forza 5 is way too repetitive. Like many racing games, you make your way through a series of races that earn you XP and virtual money so that you can level up and buy more cars in order to compete in even more-competitive races. This is essentially the plot to every racing video game in existence, but Forza 5 takes it to a whole new level.

In Forza 5, you start out by buying a starter car and compete in your first racing series. After each race, you earn XP and virtual cash. The XP boosts your driver level, and for each new driver level that you reach, you earn bonus cash. With your virtual cash, you can buy more cars and even upgrade them. The premise is very similar to past Forza games, so I won’t go into great detail about the basics of Forza 5. 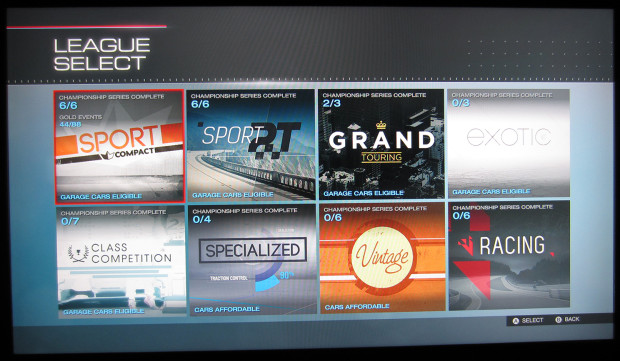 This method itself isn’t that bad, but mix in a shockingly low number of tracks to race on and you’re now the King of Boredom Land. Forza 5 only comes with 14 tracks (yes, 14) and some 200 cars. Granted, some of these tracks have different layouts that you can race on, so technically, there are more than 14 tracks, but still, it’s pretty pathetic compared to Gran Turismo 6’s 39 tracks and some 1,100 cars to choose from. 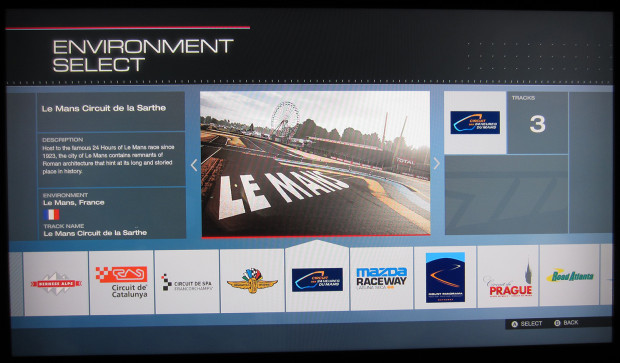 With only 14 tracks, there’s not much variety to go around. You’re usually racing on each track in almost every single series, making it seem like you’re racing in the same series, but with just a different car. There are different types of races that add a bit of variety to the game, but these unique racing modes are few and far between. For example, there’s bowling, which has you knocking over as many pins as possible as you make your way around the track (only playable on the Top Gear Test Track, though), and there’s also a racing mode called Track Days, which has you passing as many cars as possible, rather than aiming for the highest finish on the podium.

These different racing modes are fun and unique, but they also get repetitive after a while, and you’ll soon start to get bored with them too.

In-App Purchases Make Their Way to the Console

Another huge problem with Forza 5 is that micro-transactions play a bigger part in the game. There are even some cars you can’t get without spending more money on the game. For instance, the LaFerrari car pack costs $10, and you can get a Season Pass for $50 that will give you access to six new car packs (10 cars each) that will release in the future.

Perhaps what’s worse is a new feature called Accelerator, which allows you to spend tokens to double your earnings after each race within a particular time window. For instance, a 30-minute Accelerator session costs 75 tokens, and you have 30 minutes to complete in as many races as possible so that you can earn as much XP and virtual money as you can, since these earnings will doubled within that time window. If this isn’t the truest form of grinding, I don’t know what is.

Cars Are Way Too Expensive 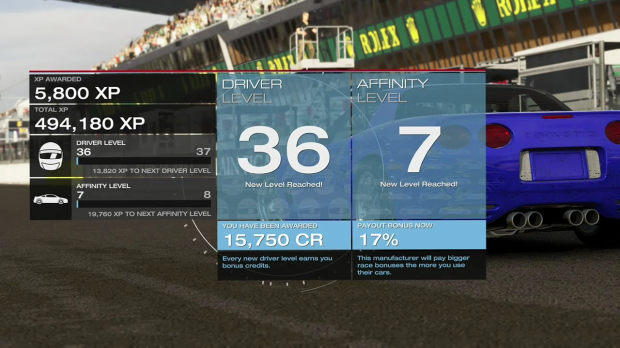 However, cars are crazy expensive. Even when they were 50% off during Black Friday weekend, they were still really expensive; some of them I still couldn’t afford even after saving up a lot of cash. A simple sports car like the Corvette will cost you 110,000 credits. And that’s one of the more modest purchases you could make. The faster supercars will cost you as much as 3,000,000 credits, with F1 cars priced up to 6,000,000 credits. It feels a lot like when you’re at the arcade and that giant teddy bear prize will take way too many tickets to buy than what you’re comfortable spending.

A Game That Falls Short

Forza 5 has amazing potential, but it falls extremely short of what it should be. I’m suddenly jealous of PlayStation gamers who get to enjoy Gran Turismo 6, and while I haven’t played a Gran Turismo game since the fourth installment in the series, I imagine it’s gotten better over the years. Forza 5 tries to be the Xbox’s Gran Turismo 6, but it’s far from it.

The game is too repetitive and gets boring very quickly. The Free Play mode is fun to play around with, especially if you race against friends, since you can pick any track and any car without being subject to how many credits you have, but don’t bother messing around with Career mode unless you want to fall asleep at the wheel.