Foursquare Is How Cortana Will Plan Your Evening

New details about Cortana, the voice assistant that’s expected to arrive on Windows Phone devices with the Windows Phone 8.1 update, could explain why Microsoft announced that it would invest $15 million in Foursquare.

A single report from Bloomberg now indicates that Microsoft is planning to use information collected by Foursquare to power the voice assistant that is believed to be on its way with the Windows Phone 8.1 update. The report quotes Microsoft’s own Zig Serafin as saying that the, “We’re [Microsoft is] building some contextually aware experiences to power some upcoming products in Windows Phone.” Serafin is currently a vice president working on Microsoft Bing. 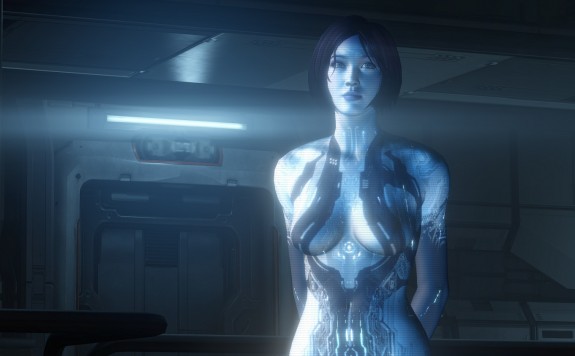 Cortana is the name for an artificial intelligence construct in Microsoft’s Halo franchise.

On the surface those comments confirm most of what’s been leaked about Cortana already. Early leaks about the voice assistant indicated that Microsoft would enable Cortana – or whatever it’s called once it reaches users – to provide users with location aware information. For example, users of Cortana will be able to tell their phone what type of restaurant they’re looking for and have the service find a restaurant that serves that kind of food closest to them.

Foursquare enables users of its iPhone, smartphones running Android and Windows Phone to check-into different locations. The services also allows users to add more information about that business or location and compete against each other for the most visits.

One of the interesting things to come out of this report is Serafin’s declaration that the Foursquare-enabled products that the company is working on for Windows Phone will make their way to Windows Phone users wherever Bing search is already available. If the product Serafin is discussing and Cortana are one in the same than that contradicts earlier reports about Cortana only coming to the United States.

Microsoft hasn’t publicly acknowledged that Windows Phone 8.1 exists, however leaks have dogged the project since last year. Those leaks point to Microsoft detailing something about its future Windows Phone plans at Mobile World Congress event later this month, but not fully detailing Windows Phone 8.1 until BUILD 2014, its upcoming developer focused event taking place in San Francisco in April.

Windows Phone 8.1 isn’t expected to arrive as an update on current Windows Phones until late this spring at the earliest.