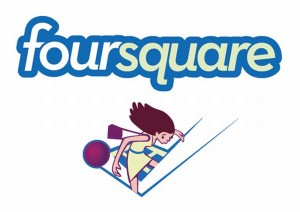 Foursquare wants to help make it easier for its users to use its check-in services by implementing near field communications, or NFC.

As it stands currently, the check-in service on Foursquare requires the active participation of the user by opening an app and selecting or entering their location via GPS readings. With NFC, users can tag their phones to a badge or placard at a local restaurant or bar, and the check-in process would be a lot more automated. The new NFC check-in system is still in the testing phase, but will be integrated with Foursquare’s new merchant platform, which will allow vendors to offer their customers sales and discounts through check-ins.

NFC has been linked recently in the U.S. as a form of mobile payment. As a digital wallet, NFC supporters hope that the technology can converge smartphones and their wallets together so users can use their phones with NFC chips embedded to pay for physical goods at stores and shops just by waving their phones in front of a compatible NFC reader, much like how one would swipe a credit card to pay for goods today. Google began adopting NFC in its latest Nexus S smartphone and RIM’s upcoming BlackBerry devices have been leaked with support for NFC. It is believed that Apple’s updated iPhone 5, to be introduced this summer, will also support NFC capabilities. There are further applications beyond the mobile wallet capabilities for NFC which developers like Foursquare are starting to exploit.