Fox News Debate: 5 Things To Know & How to Watch

The Fox News Debate is tonight with Google fact checking candidates and a big stir as Donald Trump still plans to skip the 7th Republican Debate — the last one before the Iowa Caucus.

With controversy as Trump says he will not join Rubio, Cruz, Kasich, Bush and others in the primetime Fox News Debate and the Iowa Caucus kicking off the Republican presidential nomination process this is an evening where many people will be tuning in. 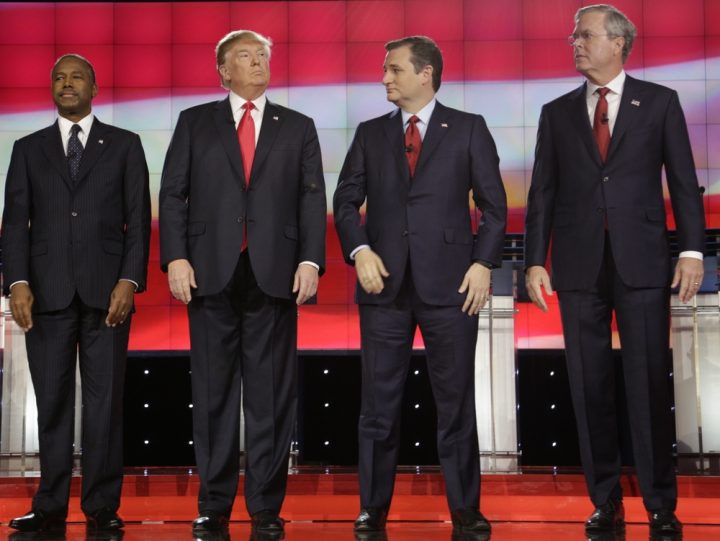 What you need to know about the Fox News Debate. Joseph Sohm / Shutterstock.com

Google is participating in the last Fox News Debate with Google Search Trends data, questions from YouTube and real-time updates on Google Trends. Google will also put out responses from candidates during the debate to help share more information with voters.

You can watch the Fox News Debate live on your TV on Fox News or stream it online.

You can watch a Fox News Debate live stream online at your computer or on your phone using the Fox News and Google page that includes a free stream of the entire debate.

The Fox News Debate is split into two separate events that include four candidates in the 7 PM debate and space for eight in the 9 PM debate, but one of them may be missing. 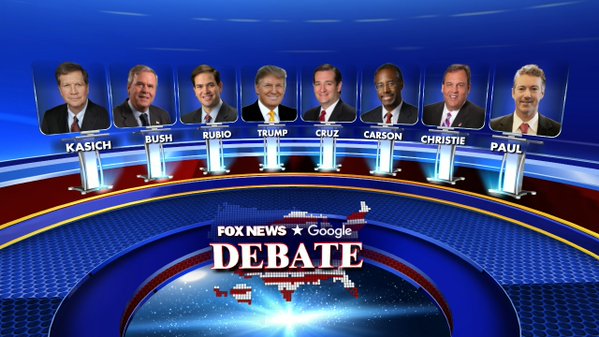 Even though Trump is listed, it does not look like he will be at the event, as he is hosting his own event later. 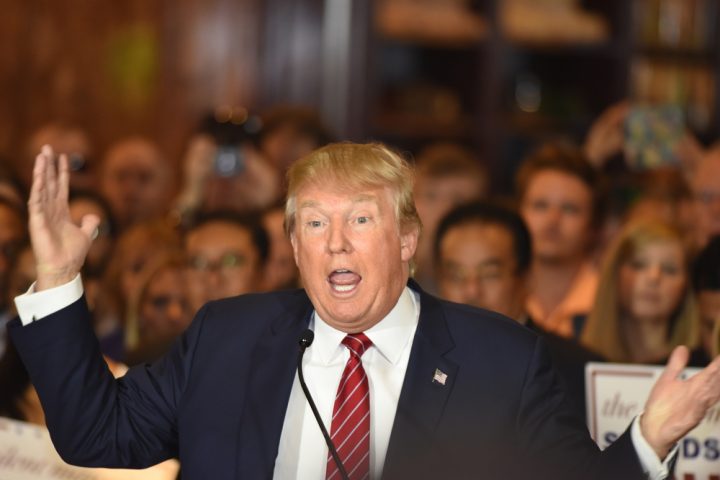 There is a special Donald Trump event at the same time as the Fox News Debate. a katz / Shutterstock.com

Donald Trump is not participating in the Fox News Debate. Instead he is holding his own event to benefit Veterans in Iowa.

The free event starts at 7 PM CST in Iowa at Drake University. There is no current information on a Donald Trump Veterans Event live stream, but speaking to CNN, the Trump campaign said that networks are free to offer a live Stream of Trump’s speech and the event. 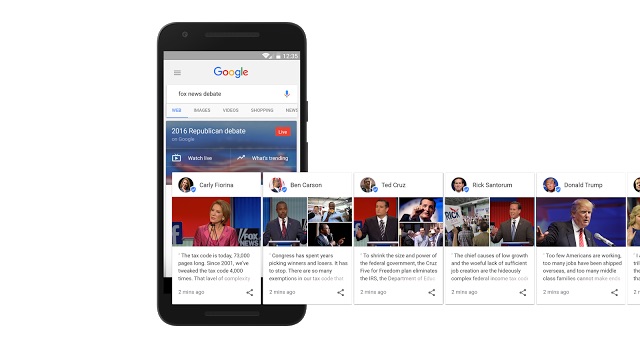 Here’s what Google has to say, “By publishing long-form text, photos and videos throughout the debate, campaigns can now give extended responses, answer questions they didn’t get a chance to on stage, and rebut their opponents.”

In addition to the new search results, there will also be questions from YouTube, live trends data of the search interest and opportunities to answer polling questions on Google.

Fox News will share responses to the poll questions on air after the debate. You can participate by searching Fox News Debate on Google at 7 PM Eastern today.