Yesterday we reported that for the first time CBS will be streaming all of the AFC Playoffs as the NFL heads into the win or go home part of the season. That’s the first time CBS has joined the NFL playoff streaming game. NBC will also be streaming the one Wildcard round game it has, (Philadelphia Eagles vs New Orleans Saints) but that’s happened before. Now comes word that for the third time around Fox will be streaming Super Bowl XLVIII for free. The game will be available on FoxSportsGo.com and the FoxSportsGo iOS App. 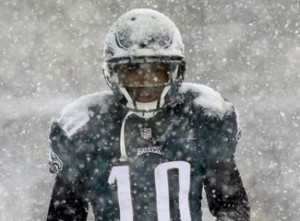 That good news is kind of the same for the NFC Playoff  that Fox has the rights to. Fox will make the games available but you need to have a cable package in order to hook into the stream. That’s part of the ironically named TV Everywhere package that Fox offers.

SuperBowl XLVIII will be held in New Jersey in an open air stadium, which given this winter’s weather cycles so far, could be very interesting. Much like some of the outdoor Wildcard games being played this weekend with bitter cold weather in some parts of the country.

Here’s a schedule of the games and networks that are showing them.

The NFC and AFC Championship Games.