Apple’s manufacturing partner Foxconn is now ramping up production of the next-generation iPhone 5 and is now producing 150,000 units of the flagship smartphone prior to an official announcement from Apple. At the manufacturing rate, it is believed that Apple may be able to ship 5-6 million iPhone 5 units in September and 22 million for the Fall quarter.

These estimates do not factor in the iPhone 4 unit, however, as it is believed that Apple will offer a low-cost iPhone 4 model with 8 GB of internal storage alongside the iPhone 5. 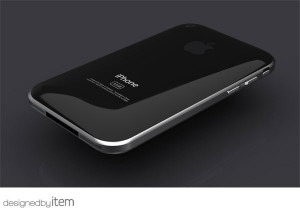 In addition to Foxconn, Apple is also working with Pegatron to manufacture about 15% of the iPhone orders, which the figure does not account for. It’s unclear if Apple will be able to meet demand on launch day as it is speculated that in addition to AT&T getting the phone on launch day this year, customers from Verizon and Sprint will also join in on the iPhone 5’s launch party in the U.S. Internationally, Apple may be adding more carriers to the mix as well and is increasing the user-base of iOS users as it forges more agreements with new partner carriers.