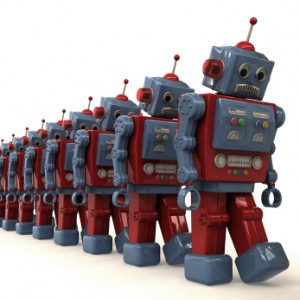 Foxconn, which has been in the news as the manufacturer for Apple’s iPad, iPhone, and other popular consumer electronics, has announced plans that it intends to introduce more robots to the manufacturing process. Despite many of the world’s first economies losing jobs to China and other developing countries, the result of Foxconn’s move could potentially see job losses in China due to automation.

According to China’s Xinhua News, Foxconn will employ 1  million robots over the next three years to help with its manufacturing operations. The company already uses about 10,000 robots in its assembly line today, and that number will increase by a factor of 100.

It’s unclear how well-received the news would be. Poor working conditions, suicides, and a recent explosion at one Foxconn facility that killed three workers had kept the manufacturing company in the news over issues and concerns with employment practices and human rights. However, having an employee base of 1.2 million, introducing 100 times as many robots as the company uses now will surely have an impact on employment and job losses and labor issues will soon be replaced by unemployment concerns.