Video game developer Bungie and publisher Activision is no longer requiring that potential Destiny players to spend their own money before deciding if the game is right for them. Earlier today the two companies revealed the Destiny Trial and Destiny Demo. Both are how gamers can play Destiny for free before investing in a full copy of the game.

Bungie and Activision are treating the free Destiny demos and trials as an opportunity to pick up more players. Indeed they are, according to the two, those who download the Destiny Trial and Destiny Demo can expect to play a decent-sized portion of the game. It’s not enough to dissuade users from picking up the final version though. Both let users create characters and trying their hands at a few social missions. There are also some multiplayer elements thrown in there too. 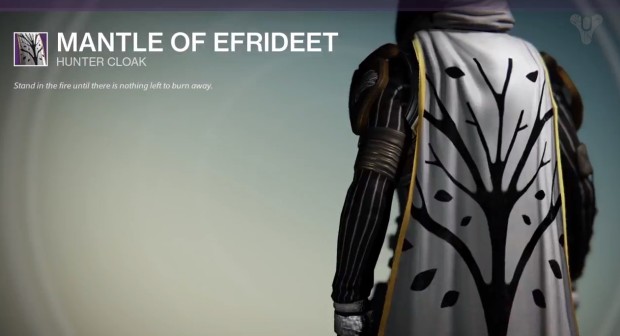 To be clear, there are two separate Destiny demos for each system. Instead, which you download is based completely on what console you’re downloading it to. The Destiny Trial is available on Microsoft’s Xbox One and Sony’s PS4. The Destiny Demo is available on the PlayStation 3 and Xbox 360, with a few caveats, according to Bungie.

Users who decide to purchase a full copy of Destiny will be able to continue with the characters they’ve created in the trial and demo. That’s only true if they’re purchasing the game on the same platform they had the demo on. For example, users can’t create a character in the Destiny Trial for PS4.

Both the Destiny Demo and Destiny Trial are full-size retail downloads. As such, those who are trying to download the Trial to their Xbox One or PS4 will need to make sure there is at least 20GB of free space left on their console. The Xbox 360 and PS3 Destiny Demo needs 6GB of space. That’s where those big caveats come in.

For years Microsoft, and to a lesser extent, Sony have sold consoles that don’t meet the storage requirement Destiny has. Owners of the Xbox 360 Arcade, Xbox 360 4GB and Xbox 360 Core systems won’t be able to install these free trials of Destiny. That makes sense as the final version of the game doesn’t either. The PlayStation 3 with 12GB of storage that Sony launched some time ago won’t either. Bungie acknowledges that both of these systems now support external storage so that users can save more games and content to their console.

Unfortunately, Destiny doesn’t support external storage support of any kind. That includes external hard drives and external flash drives. You might think that picking up a used copy of the game from places like Gamestop and then returning it if they don’t like it may be the best course of action, but it’s not. Disc based copies of the game would have the same issues.

Bungie is the same team who created and managed the Halo franchise for Microsoft until Halo: Reach. Destiny is their first game since going independent. Whereas most first-person shooters are pretty linear, Destiny is not. There’s limited story in the game, but it’s much more of a social experience. Missions include first-person shooting, but team work and socializing are big in the game. Destiny also features a lot of character customization and load out options. Choosing a suitable character class and outfitting your character with the right gear are crucial in Destiny.

Read: This Is why There aren’t any Destiny Reviews Yet

Most Destiny reviews were pretty positive at launch. A few praised Bungie’s solid shooting mechanics and the character customization that made Destiny unique among other shooters. Unfortunately, many weren’t too pleased by the almost absent story included in the game. Since launching Destiny, Bungie has kept the game fresh with a steady stream of content updates and fresh missions. Users who purchase the full version of the game on their console after playing a trial or demo will still need to purchase a season pass later on for some of the extra content Bungie has planned.