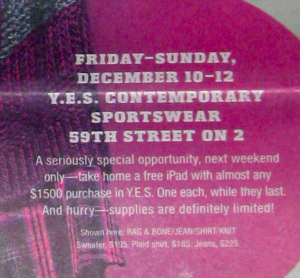 Apparently, I’m not fashionable enough to know what the Y.E.S. Department is, but I’m guessing its the department that sells the clothes Sunday New York Times ad. Hitting the $1,500/free iPad mark won’t be all that difficult in Bloomingdale’s Y.E.S. department considering that the Sweater in the photo is $195, the shirt is $185 and the jeans are $225.

The free iPads are available while supplies last, which probably won’t be long. The deal kicks off December 10 and ends on the 12th. 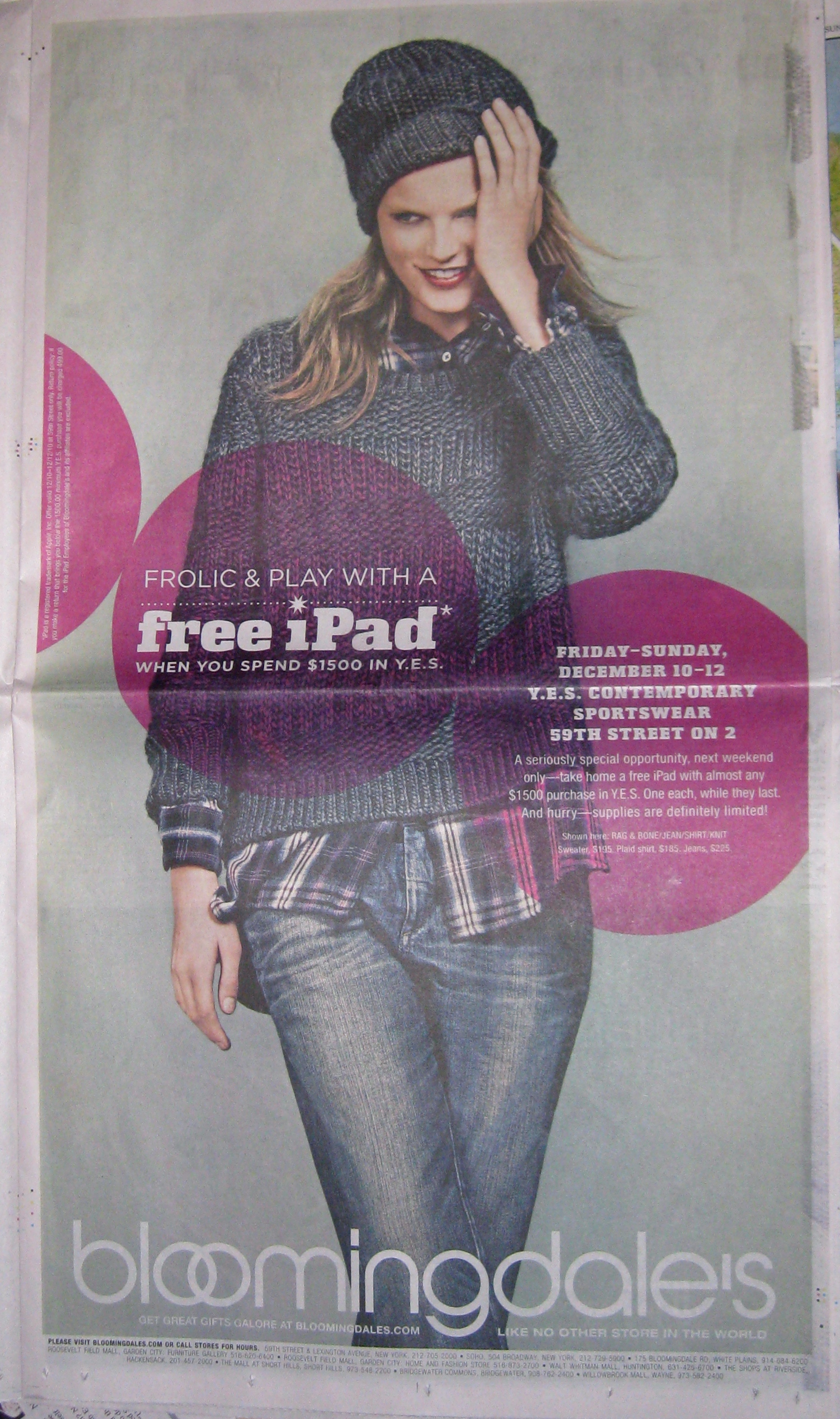