From Joke to Giant: How Tablets Became Titans 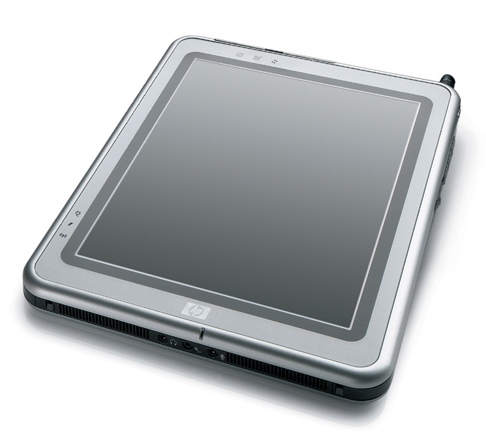 Seems like only yesterday I was warding off ignorant attacks against the viability of tablet computers. “Users want keyboards,” they said. “Tablets have already failed,” they claimed. Fast forward to today and not only do people want them, but vendors are scrambling to meet demand.

On an earnings call, Todd Bradley, head of Personal Systems Group at HP, admitted (without naming names) that notebook sales probably took a hit from tablet sales. In that same call, it was confirmed that HP will be fighting back with a Windows-based slate (the mythic HP Slate) and one running WebOS (the Hurricane or PalmPad). Best Buy is set to support them and others on the retail end. Forrester claims consumers are “hungry” for tablets, and not just the iPad. Tablets are charging to the forefront, and it’s happening as many of us claimed it could.

Apple made tablets popular. Like it or not, Apple opened the door to tablet-mania, just like many long-time Tablet PC enthusiasts said they could. Admittedly, until the iPad came along, the vision was that of a tablet running Mac OS X, much like the Axiotron Modbook. However, the general consensus was that they’d tailor the software and back it with the power of their marketing machine, which they did with the iPad, and that would trigger a cascading effect to get everyone else into the game, which also happened.

The software shrank. Regardless of whatever else they did, the critical move Apple made to make the iPad a success was to shrink the software. While previous tablets, such as the Tablet PC and UMPC, used the core Windows OS with additional functionality layered upon it, expanding the software as the hardware shrank, Apple stripped down Mac OS X to make their tablet operating system (which was retooled for the iPhone). Following that example, Microsoft has chosen to promote Windows Embedded Compact 7 as their tablet OS, and vendors are looking toward Android for their tablets, which is preparing for real tablet support with version 3.0. Operating systems will eventually re-expand (developers expect iOS and Mac OS X to merge one day, as will Android and Chrome), but for now, slimmed down hardware deserves slimmed down software.

Battery life increased. Ask any mobile computing enthusiast what improvements they want and greater battery life usually tops the list. Certainly that was on the top of my list when I got into Tablet PCs, prompting me to start with an Electrovaya Scribbler SC500 with its 140Whr, 12-hour battery. Unfortunately, while processors got faster and software got hungrier, battery technology couldn’t keep up without getting pricier. Continuing down that road was futile. Smaller operating systems running on ARM-based processors solved that problem and now even a 25Whr battery can provide 12 hours of runtime.

And this brings us to today. With Best Buy aiming to serve up a big bunch of tablets this holiday season, the “Year of the Tablet” could be upon us. We can thank Apple for kicking things off, but while I and others thought they could make tablets popular, we didn’t claim they’d only make their tablet popular. There’s a big opportunity here, and it’s great that so many are taking advantage of it. Yes, in many ways, we’re taking a step back with the functionality compared to Windows-based Tablet PCs, but sometimes you need to take one step back to make a big leap forward. Get a tablet in everyone’s hands today and that leads to better, more powerful tablets tomorrow.