The great Fujitsu ScanSnap ix500 that handles high-end scanning needs with speed and agility, now supports scanning to iPhone, iPad and Android devices, too. We took a look at the new mobile app and offer a review here to show how well it handles mobile scanning.

To read a full review of the Fujitsu ScanSnap ix500, head over to Notebooks.com.

The ScanSnap Connect App for the Fujitsu ScanSnap ix500 scanner connects wirelessly to the scanner and controls the scans using the phone app instead of the computer software. It’s simple to use, but requires some setup. 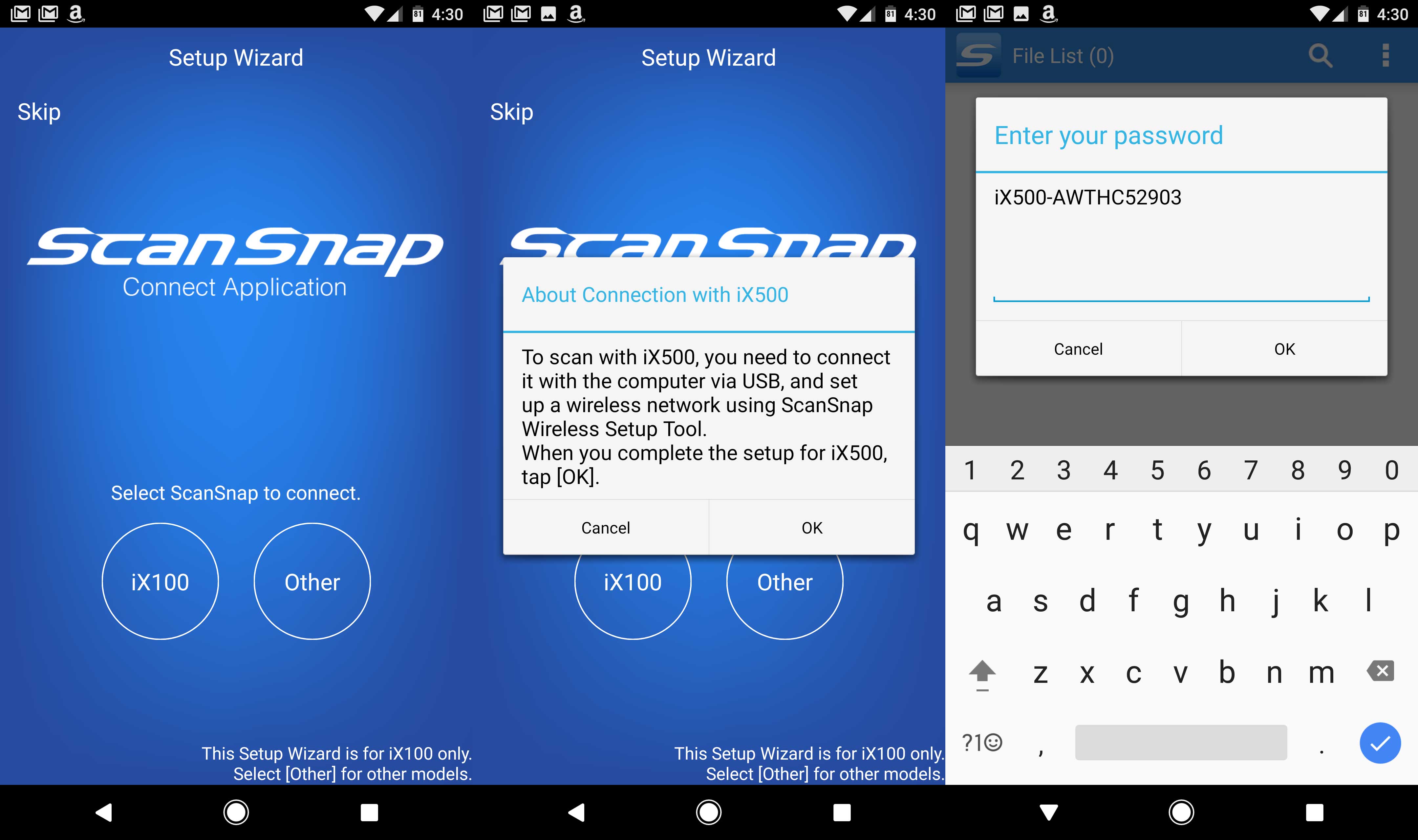 After installing the app, open it and you’ll see the left screenshot above. Tap on Other to connect to the Fujitsu ScanSnap ix500. The app shows the middle screenshot above. Tap on OK and it will find the scanner. If you set your Fujitsu ScanSnap ix500 with a password during the scanner setup, then the app will ask for the password. Enter it and tap OK. 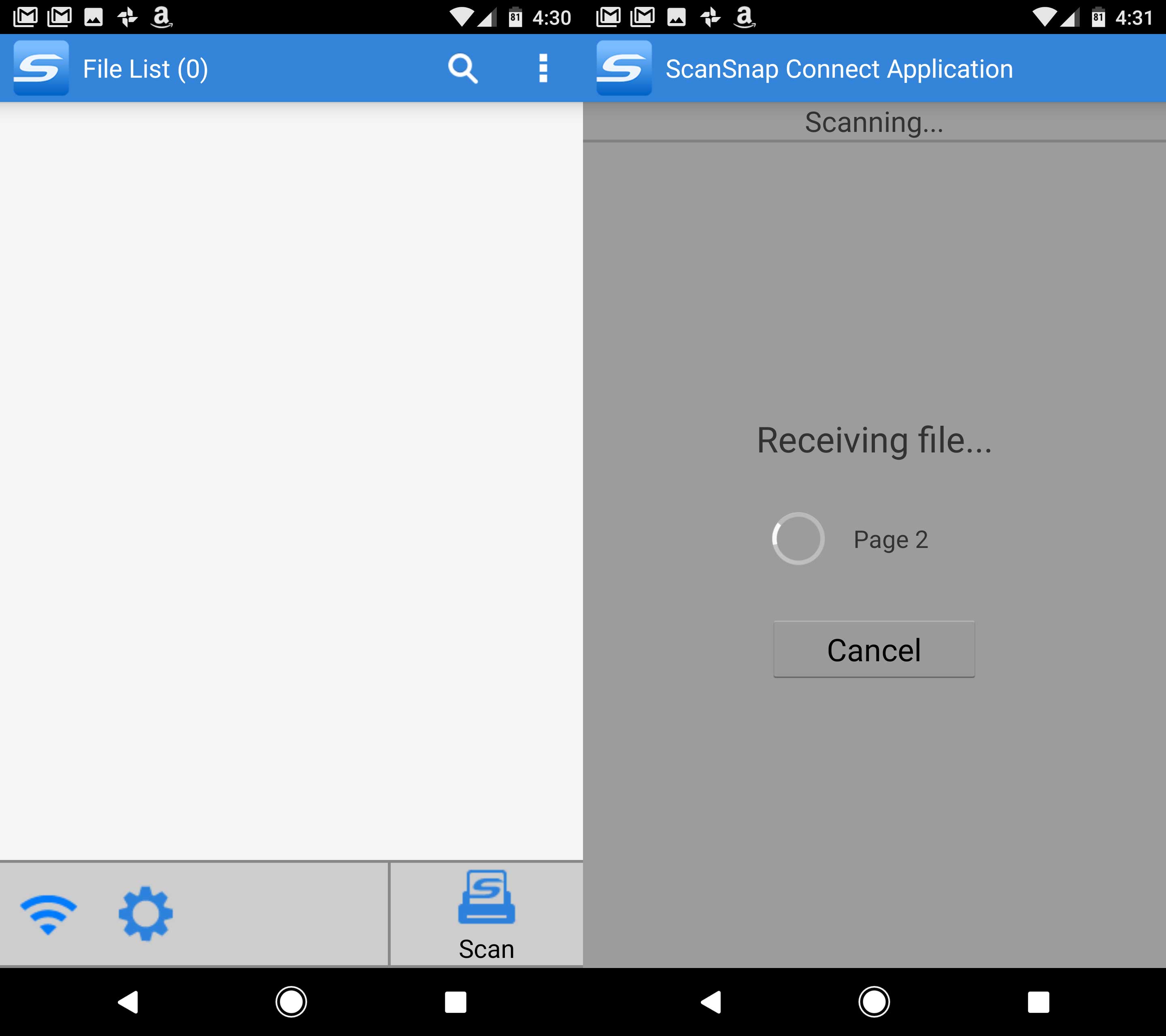 Once the app finds the scanner, the Scan button will turn blue and let the user start scanning. Put the documents, receipts, cards or photos in the scanner and tap on the blue Scan button at the bottom right. The app will show the screen above right as it’s receiving the file from the scanner. That’s it!

Using the app works simply and quickly. It scans documents, photos and other items like receipts, business cards, or anything from 8.5 x 14 and smaller. It has a way to scan larger documents using the desktop software, but that feature isn’t supported from the app.

Below you’ll see the iPhone app. It lists the recent scans (see below left). Tap Edit to select and delete or share multiple documents. 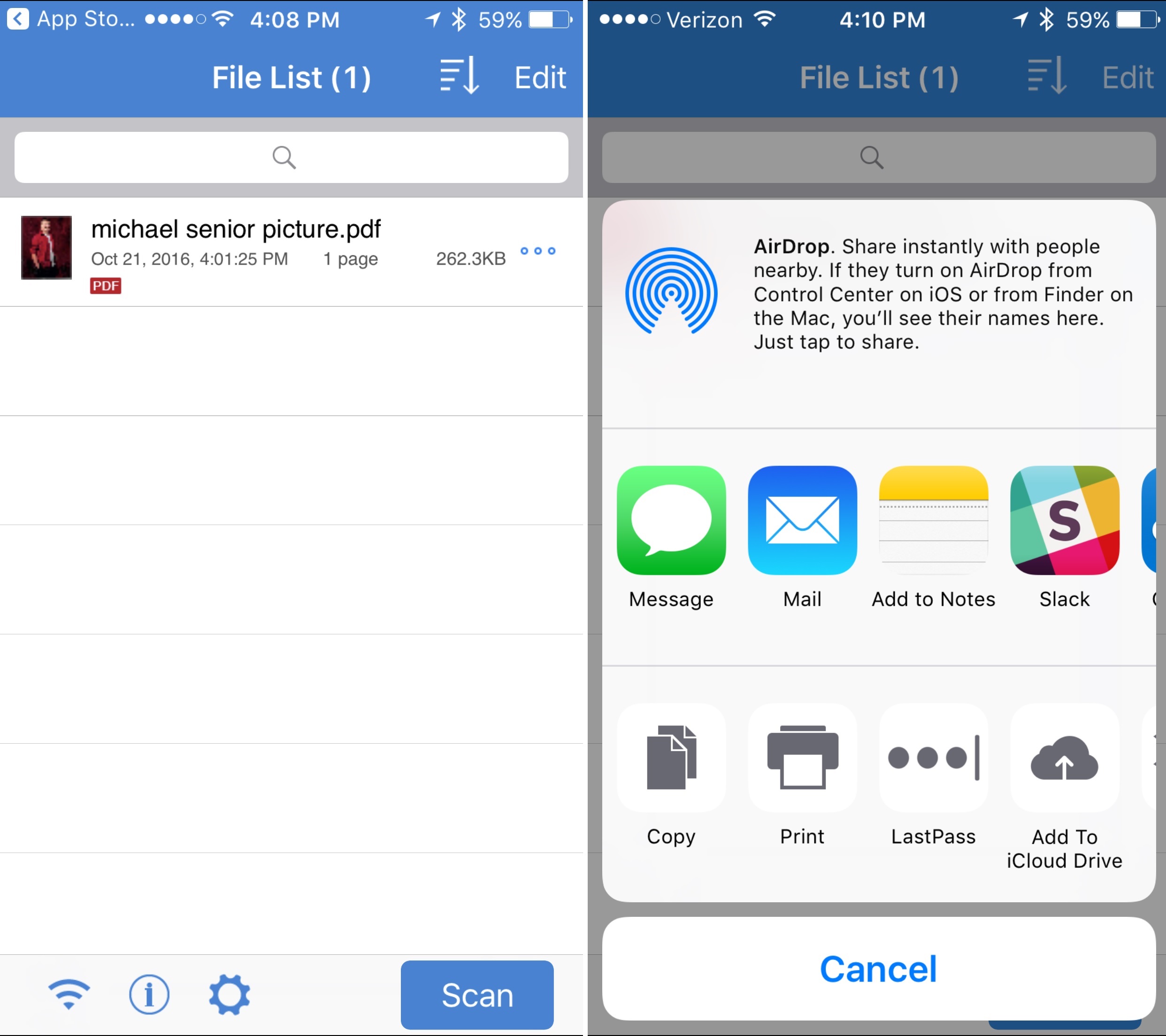 Notice the toolbar at the bottom of the app in the screenshot above left. You’ll see the iOS version’s Scan button. There’s also a Wi-Fi icon, just like the Android version. Tap it to see setup options for your phone. It handles Wi-Fi settings that have to do with using the scanner over Wi-Fi. The Info button (circle with a lowercase i inside it) shows the app’s info and includes links to the Fujitsu site and Help site. The gear icon opens the app settings. 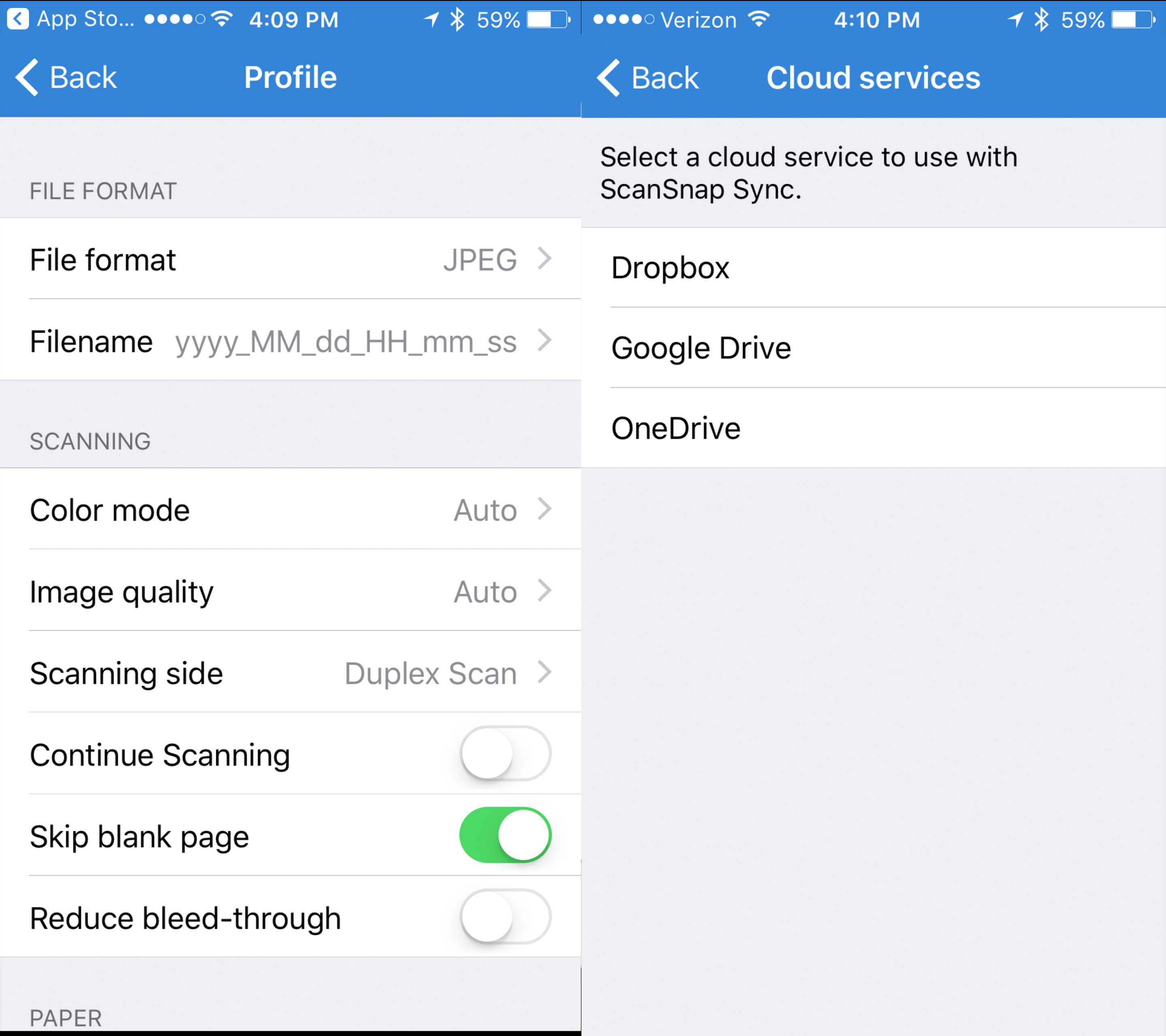 Open Settings and then tap on Profile to see the above left screen. The Profile Settings handles things like the file format to use (either PDF or JPG) and the file name style. It also handles other scanner settings including color mode (color, black and white, etc) and image quality (auto, normal, better, best) and scanning sides (2-side Duplex or single-sided Simplex scanning).

The right screenshot above shows the ScanSnap Sync Settings page. It lets users connect to cloud services like Dropbox, Google Drive, or OneDrive.

The ScanSnap Connect app for iOS or Android doesn’t cost anything. Fujitsu did a nice job adding mobile scanning to their great desktop sheet fed scanner.

The Fujitsu ScanSnap ix500 doesn’t come cheap at $500 retail and about $420 street. For people with large volume scanning needs, it’s fast and powerful. I love the scanner and the apps make it even more useful.

The scanner can get a little complicated to set up and use, especially if you’re connecting to more than one computer. I set it up with my Windows PC first and then my MacBook. When I tried to go back to using it with my Windows computer, the software couldn’t connect and I had to run the setup again.

The mobile scanning using these apps can’t get much simpler, once you set it up properly from the ScanSnap Wireless Setup Tool that installs when you first install the computer software.