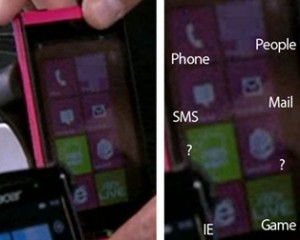 Despite Microsoft’s newly formed high profile relationship with Finnish phone-maker Nokia, it appears that Fujitsu will be the one to debut Windows Phone 7 on its newly minted hardware. Since Microsoft’s Worldwide Partners Conference in Los Angeles, California, the Fujitsu-made magenta hued smartphone with its waterproof coating has attracted a fair amount of attention, and now it is learned that that very handset will be the hardware to usher in Microsoft’s Windows Phone 7 Mango.

The handset is said to be launching in August and has already received both FCC certification as well as approval from the Bluetooth Special Interest Group (SIG). The Fujitsu Windows Phone 7 device will be launching in Japan on carrier KDDI, and it’s unclear if Fujitsu will be offering the handset outside of Japan. In the past, Fujitsu had made Windows Mobile devices in partnership with Siemens under the Loox branding and had offered those devices in Europe.

It is now known that the smartphone made by Fujitsu will sport a 3.7-inch LCD display.

Though Mango will also be rolling out this Fall to existing Windows Phone 7 handsets–primarily those from HTC, LG, and Samsung–there are new capabilities rumored in Mango that would require the support of new, second-generation hardware from Microsoft partners. Some of those features include support for a front-facing camera.