As the mobile photography war is heating up with more attention on smartphone cameras these days, Apple could once again revolutionize how we view and take pictures on our iPhones. Two recently revealed patents for camera systems on a smartphone suggest that Apple is at least thinking about interchangeable lenses on an iPhone. Interchangeable lenses would give the phone more flexibility and may help Apple cater its smartphone’s optics to DSLR-toting photographers.

The first patent shows that Apple is considering swapping out the camera module–lens and sensor–entirely. This would be done with a removable back plate on the iPhone. After the user removes the back plate on their smartphone, they can swap out the camera housing. Though this modular concept is attractive and may lead to a more elegantly appointed smartphone when everything is put back together and into place, there is probably little chance that Apple would be going this route as the iPhone has not seen a removable back battery cover since the device was introduced in 2007. 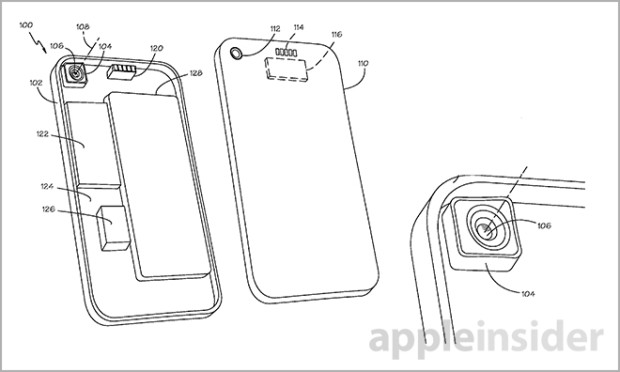 The second patent would call for a magnetic ring to surround the camera lens on the back of the iPhone. With the magnetic ring, additional lenses could be mounted on top of the standalone lens. This concept isn’t new, and although it’s not an advertised feature of Google’s Android-powered Nexus 5 smartphone, that device does have a magnetic ring that would make mounting some compatible third-party lenses a possibility.

Additionally, the lens assembly could have moveable elements thanks to the inclusion of a voice coil motor and electrical charge.

“The VCM’s wire coil is wound around the lens element, while permanent magnets surround the assembly,” Apple Insider reported. “When electrical current is passed through the coil, a controlled magnetic field is created and can therefore move the lens assembly in relation to the static magnet poles.” 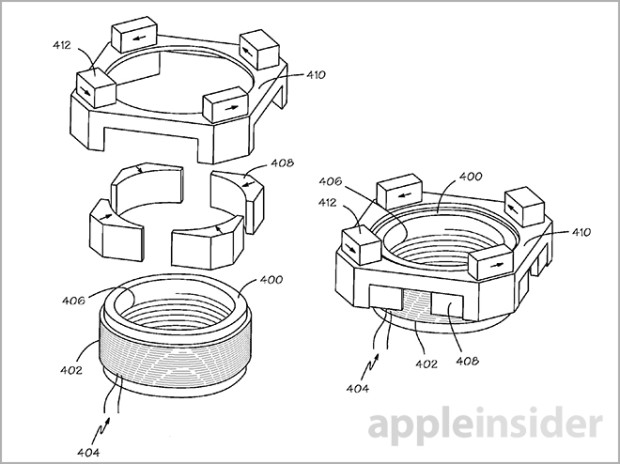 This process could allow Apple to include features such as optical image stabilization, for example.

Right now, it’s unclear if these patents are just Apple exploring the possibilities or if the iPhone-maker will commercialize these ideas into features for a future iPhone model.