The Surface Pro 3 hasn’t been on store shelves for a full year, but Microsoft may have just given us our first hint at what’s coming next for the tablet and, ironically, it appears to be more of the same.

The first real revelations about the Surface Pro 3’s future came earlier this week in a post that’s clearly meant to bolster the 2-in-1’s reputation with business owners and enterprises. The post doesn’t reveal much. There are no leaked pictures of future Surface Pro devices or a list of coming features that businesses will appreciate. There are two hints at where the future of the Surface Pro lies though. 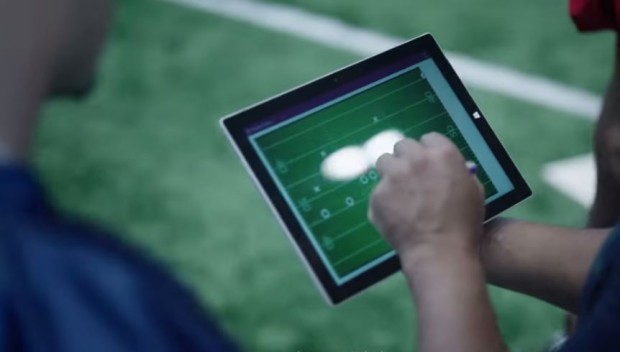 In one part of the post Microsoft’s Brian Hall assures potential Surface Pro 3 buyers that the accessories they buy now will work with Surface Pro devices in the future. Hall says that now that Surface has established a base with consumers, users can expect that some of the accessories available “are designed with [Microsoft’s Surface] product roadmap in mind and will be compatible with the next generation of the ‘Pro’ line of Surface.”

What we can gather from these accessories being compatible with next-generation Surface devices, is that Microsoft plans to leave the screen size for whatever comes after the Surface Pro 3 the same. The Surface Pro 3 dock has arms that fold in on it. Any significant changes in size would make the Surface Pro 3 Docking station incompatible. As the Surface Pro 3’s Type Covers are made to it fit its screen size, that also hints at the 12-inch screen we have today being the max Surface Pro devices will go in the future.

Of course, all of this is speculation. It’s entirely possible that Microsoft intends to always offer a Surface Pro 3 at this size, but release future devices that come in bigger sizes. That would also explain the wording of the blog post and appeal to businesses.

Microsoft has made Surface devices since 2012, but only this year’s Surface Pro 3 can claim to be a true mix between tablet and notebook computer. The Surface Pro 3 starts at $799 and while it looks like a tablet with a kickstand it’s anything but a normal consumption device. Inside are Intel Core processors that allow users to install typical Desktop apps like Microsoft Office and even iTunes. When users aren’t working there’s a complete touch experience tailor-made for games and streaming services like Netflix and Hulu Plus.

Microsoft includes a Surface Pro 3 Stylus in the box that’s integrated into the core Surface Pro 3 experience. A button on the side of the pen instantly brings up a full-screen copy of Microsoft’s OneNote note-taking application – even when the Surface Pro 3 is still locked. Microsoft has said in the past that it’s positioning the Surface brand of tablets as an alternative to high-end tablets and notebooks from Apple, not partners who install its Windows operating system on their devices.

Read: Surface Pro 3 vs MacBook Air Ads: How Accurate Are They?

To that end, Surface devices aren’t cheap. The Surface Pro 3 starts at $799 for a model with 64GB of storage. Getting any more on-board storage requires that users upgrade to the $999 Surface Pro 3. Even the low-end iPad-like Surface 2 starts at $449. All of these prices exclude the Surface Type & Touch Covers which run $119 and $129 extra.

The Surface Pro 3 only launched this summer, so it’s very unlikely that there’s a successor on the way soon. That being said, the Surface 2 – again, that low-end iPad competitor – is roughly a year old. Rumors indicate that Microsoft is close to announcing a successor for that device.