The release date carousel for the Samsung Galaxy Nexus has been spinning wildly for the past couple of weeks as we have seen several different dates thrown out there. Today is no different as another possible release window has appeared in the form of marketing materials that point to the Galaxy Nexus launching somewhere around Black Friday, November 25th.

This of course is a vastly different date than the November 10th and November 17th that we had heard about previously but it does match up with a report that stated that the U.S. would see the Galaxy Nexus after the European launch on the 17th.

So, it would appear that we have a couple of weeks before we see this device and Android 4.0 Ice Cream Sandwich hit Verizon’s 4G LTE network. 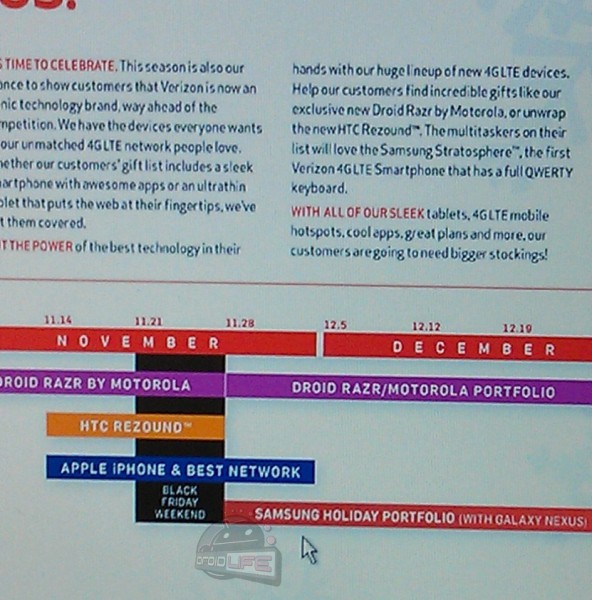 In the meantime, the Motorola Droid RAZR will have hit shelves and it’s possible that Verizon will have launched the HTC Rezound as well.

People are getting antsy.