The Galaxy Note 2 makes taking group photos easier thanks to the Best Face mode in the built-in camera.

The built-in Galaxy Note 2 camera app lets users select the Best face mode to automatically take a series of fast photos, capturing a variety of faces. Then the user can quickly select which face to use for each person in the shot.

This functionality has been around in desktop photo editing apps for a while, but this process from Samsung simplifies taking a good group photo.

Check out the Galaxy Note 2 Best Face feature in action in the video below.

While testing it on the Verizon Galaxy Note 2 we found the Best face feature is easy to use and quite literally helps you put your best face forward, or the faces of everyone in your family.

To activate the feature, open the camera app, tap on settings, tap on Shooting mode then pick Best face as shown in the photo below. 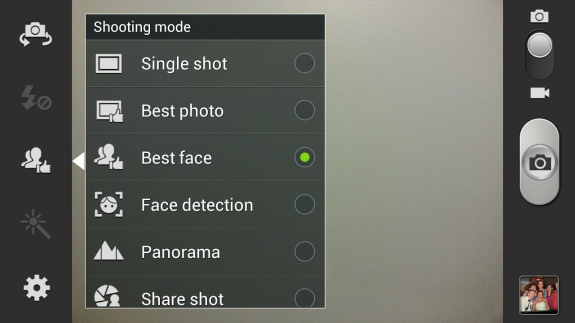 Set up Best face on the Galaxy Note 2.

The Galaxy Note 2 takes a fast series of photos, capturing and detecting faces. In the image below you can see how the Note 2 handles a Calvin and Hobbes style take on Christmas photos. 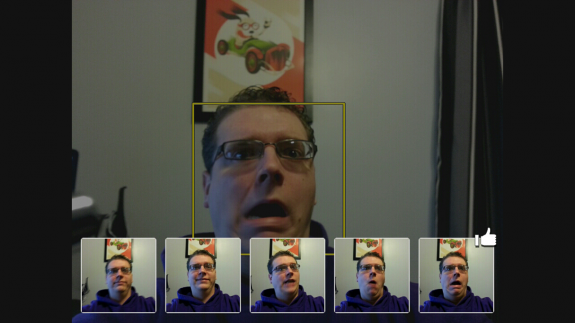 The Note 2 captures 5 faces so we can pick the best one. It is capable of detecting more faces, which is where the feature really shines. in the photo below you’ll see how the Note 2 can substitute in the best face. As noted by the thumb above, it is not always spot on with picking the best face automatically, so it allows for manual control. 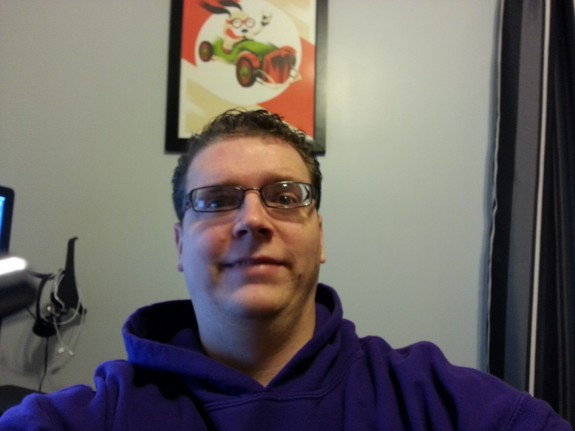 A finished photo taken with Best face on the Galaxy Note 2.

The Galaxy Note 2 is available on Sprint, Verizon, AT&T and T-Mobile for $299 on a two-year contract. We’re already seeing discounts on the Verizon Galaxy Note 2 on Amazon Wireless, where it is $199 with a contract.

The Galaxy Note 2 features a 5.5-inch display and comes with the S Pen, a stylus that allows users to control the phone, take notes and more.