The Galaxy Note 7 is finally official and one of Samsung’s best smartphones to date. Offering a premium all metal design, water resistance, double the storage and a bigger battery than any other Note. Another feature it has is “Fast Wireless Charging” and here we’ll explain what it does and what owners need to know about it.

Just like the Note 5 from last year and even the Galaxy S7 and S7 Edge from March, the new Note 7 features Fast Wireless Charging. This technology is nothing new, but how fast it recharges the Note 7 is, which is what makes it worth talking about.

A lot of smartphones on the market over the years have offered wireless charging, including Samsung devices, but most of them weren’t very fast. It was more of a novelty or convenience, but took far too long to actually be useful. That all changed with Fast Wireless Charging, and it’s now quick enough that all Note 7 owners will want to consider buying one. 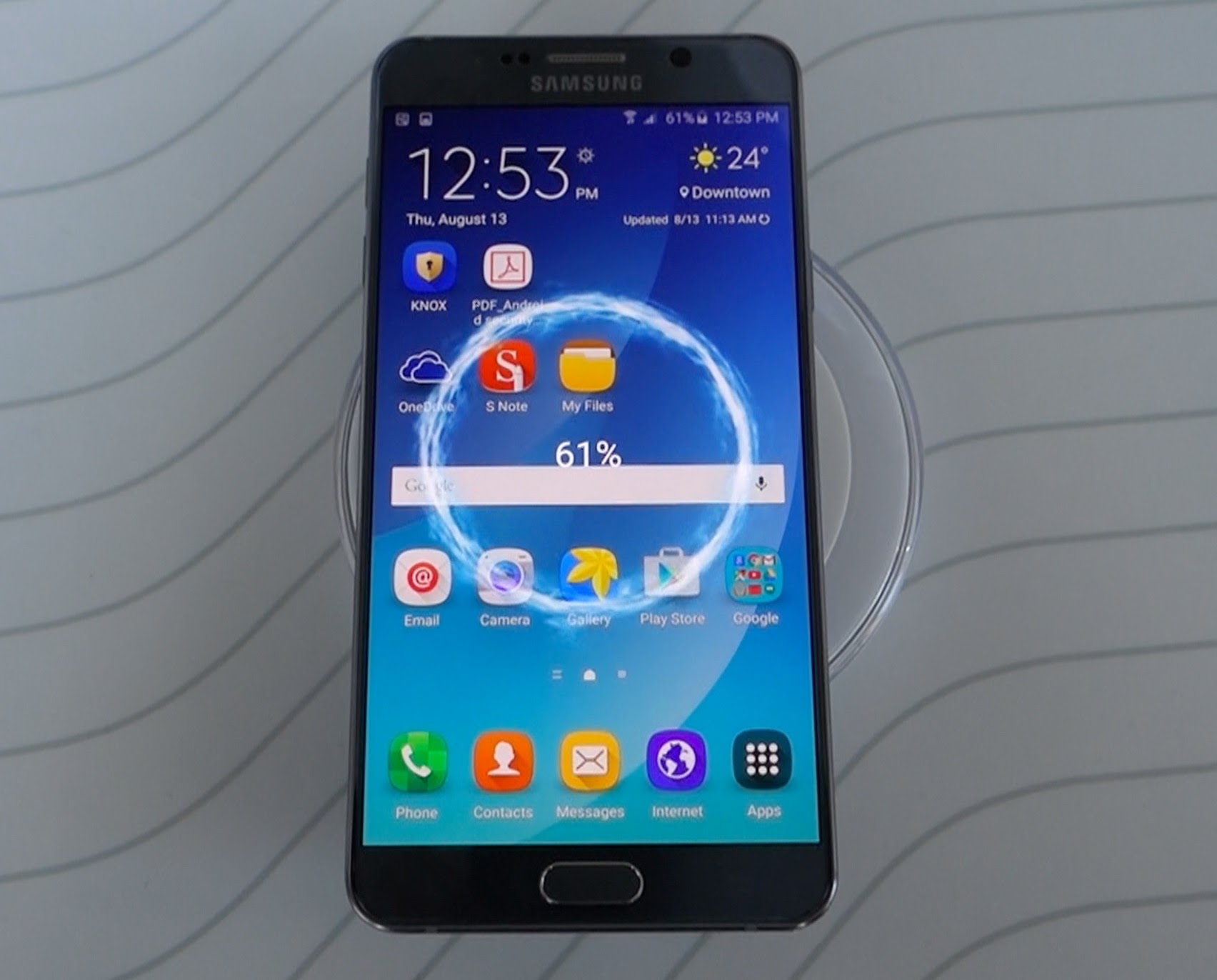 First off, it’s worth noting that there are two different types of wireless charging. If you buy the wrong charging pad or your new car doesn’t support the right type, it won’t work with some devices. There is Qi Wireless Charging, and the PMA Wireless Charging Standard. Thankfully Samsung’s Note 7 supports both standards, so any and all wireless charging options will work. Same can be said about all flagship Samsung’s dating back to the Galaxy S6.

Meaning either wireless charging type works with your phone. Taking the guesswork out of this convenient option and any wireless charging device will charge a users new Note 7. Many Starbuck locations have PMA chargers, which will work, but at slower speeds than Samsung’s own Fast Wireless Charging pads.

Rather than plugging in your phone you simply drop it on a wireless charging pad, and it starts charging through the two surfaces touching. The charger is plugged in though, there’s just no wires going into the Note 7.

Drop it on the wireless charging pad and it recharges, pick it up and go and you have a full battery. However, wireless charging used to be slow and takes nearly 3-4 hours to fully charge a device. A regular wired charger (like the charger included in the box) will completely charge your device to 100% in less than 90 minutes. Twice as fast as wireless charging, except with the Note 7. It’s faster system works much quicker, but it’s still slower than a wall outlet.

In fact, the Galaxy Note 7 and a Fast Wireless Charging pad will recharge 50 minutes faster than old wireless charging technology. It takes longer than the charger in the box, but not by much. Below is a video showing this feature on the Galaxy Note 5 from last year, which works the same way on the new Note 7.

It’s safe, simple and easy. All you do is walk up and drop your Note 7 on the charger and that’s it. Fast Wireless charging kicks on and starts wirelessly charging your smartphone.

Samsung released a few Fast Wireless Charging Pads, and the best one retails for $59.99. This will charge any Qi capable device, and is backwards compatible with regular wireless charging phones from the past. They do have a newer one that stands the phone upright, but we’ve heard some devices fall off rather easy, so would recommend the Pad linked to above.

When it comes to recharging our smartphones everyone wants the fastest way possible. The Note 7 has a new USB Type-C port that’s reversible and plugs in both ways, making it easier than ever to plug in and recharge. Then it supports both wireless charging types and fast wireless charging, allowing users to drop it on the charger for a quick top-off. It’s one of many great features from Samsung so give it a try once you get your new Galaxy Note 7.