Samsung Galaxy Note 7 release details and rumors continue to surface ahead of the rumored August 2nd release date, and now we have some cases that could potentially confirm some features. Over the past few months we’ve heard a lot about Samsung’s new flagship phablet, and now we have an even better idea of what to expect.

Read: 7 Things to Know About the Galaxy Note 7 Release

Multiple reports claim the Galaxy Note 7 is coming this summer with a big curved display, water-resistance, a bigger battery and possibly even an Iris Eye Scanner. We’ve heard most of this a few times, but now we have a new report with different specs and some cases to give us an idea of what the phone should look like. Read on for more details. 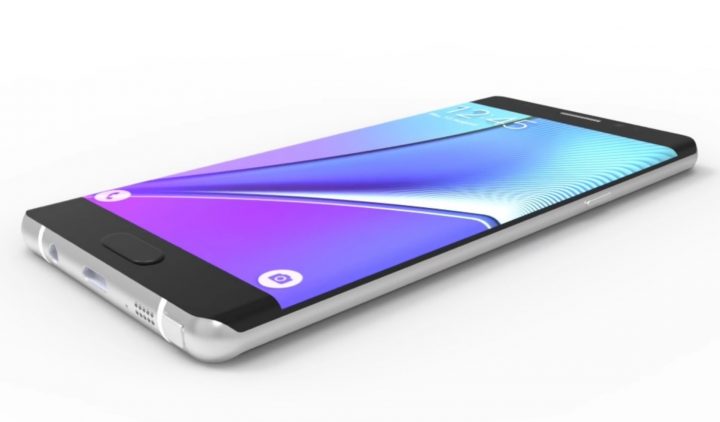 For starters, the Galaxy Note 7 is rumored to be announced at Samsung’s annual Unpacked event on August 2nd in New York City, and be released either the same day or within two weeks. Meaning it will be here earlier than the Galaxy Note 5 last year.

We also believe it will have a 5.7 or 5.8-inch Quad-HD display, a powerful new Snapdragon 821 or 823 processor with 6GB of RAM (or a Samsung Exynos processor) along with 64GB of storage and a micro-SD slot. Leaks also mention an Iris Eye scanner for improved security on top of the fingerprint sensor.

It should sport a similar overall design as last year and look nearly the same as the Galaxy S7 Edge with an IP68 water resistant rating, 12 Dual Pixel camera, glass and metal design, S-Pen stylus and a new USB Type-C port for faster charging. However, we’ve still yet to see actual pictures of the phone. Some renders leaked earlier this month, but now we have cases that leaked from a brand who’s leaked upcoming phones in the past. 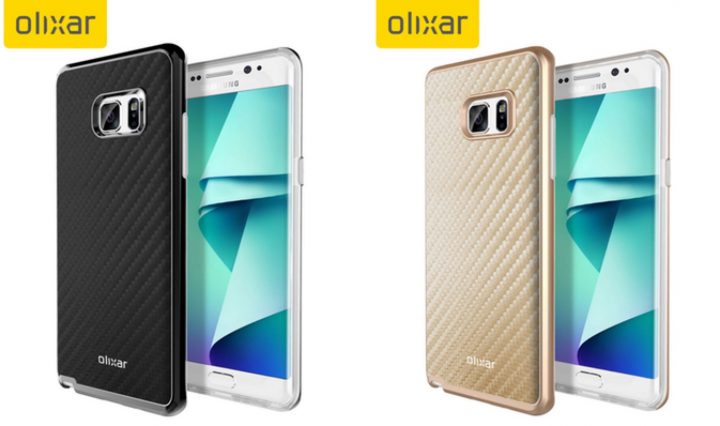 Shown above is a brand new set of Galaxy Note 7 cases from the company Olixar, who’s reliably had information about devices in the past. It was spotted on the e-tailer site MobileFun, and may be removed before the phone is announced.

According to these images the Galaxy Note 7 will have the same 5.7-inch display, not 5.8-inches like some rumors, and have a curved display. We’ve heard both a flat and curved model is coming but at the same time countless rumors suggest only one model will be announced, and the screen will be curved. That’s about all we learned from these images, and more information should appear shortly. It does show the same camera setup around back, with a sleeker design as we saw with the Galaxy S7 and S7 Edge.

However, rumors are still swirling regarding what will actually complete this phone and we won’t know for sure until Samsung makes it official around August 2nd. That being said, famed Russian leakster Eldar Murtazin recently shared some information from his sources. According to Murtazin the Galaxy Note 7 won’t have a huge 4,000 mAh battery like rumors suggest, and instead it will have the same 3,600 mAh battery as the Galaxy S7 Edge. That’s doubtful, but at the same time it could save Samsung some money and still allow for a bigger battery than last year to fit along side the S-Pen stylus.

Note 7 name has been “confirmed” by anonymous sources

The leakster claims the new Galaxy Note 7 is very efficient and was able to stream 20 hours of video with screen brightness at 100%. The Galaxy Note 5 only lasts around 13 hours, for comparison.

For now it’s far too early to guess, but in the coming weeks and months more information and specs will likely surface and complete the picture ahead of the launch. If all the leaks and rumors are accurate the new Galaxy Note 7 will have plenty to offer, be revealed on August 2nd, and hit shelves very soon after the launch event. Stay tuned for more details.