It looks like Japanese users of Samsung’s third-generation flagship Android smartphone will be treated to an extra 1 GB of RAM. The Samsung Galaxy S III destined for the Japanese market and headed to carrier DoCoMo will be packing a total of 2 GB RAM, and it’s unclear if Samsung will create a variant of its flagship smartphone with as much extra memory for other markets as well. 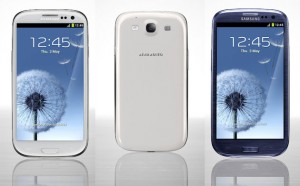 According to Phone Arena, the Japanese version of the Galaxy S III will come with a dual-core Snapdragon S4 processor, rather than Samsung’s own quad-core Exynos CPU, and will also pack in 4G LTE. The basic specs–minus the extra 1 GB of RAM–should be on par with the variant of the Galaxy S III that will be headed to the U.S. market as well.

Right now, it’s unclear if Samsung has plans for that extra 1 GB of RAM as previous versions of the Galaxy franchise have done fine with just 1 GB of RAM. That said, 2 GB of RAM will make for a heavy duty multitasking machine and this announcement comes just as HTC’s power users are complaining over the over-aggressive background memory management issue on the HTC One X smartphone.

Hopefully, 2 GB RAM will become standard soon. It will definitely help benefit Motorola users who use the Webtop OS and the Lapdock as the extra RAM capacity may help prevent lags and slow downs.

Thus far, Samsung has not given any specifics about the U.S. launch of the Galaxy S III except to say that the smartphone will headed to the States this summer.