While waiting for the Samsung Galaxy S4 release date in early 2013, be ready for sparse rumors and leaks from inside the company as Samsung nearly perfected device security during the launch of the Galaxy S III.

If the Samsung Galaxy S4 release and development receives the same treatment, expect to see many faked leaks before the Samsung reveal in early 2013.

The Galaxy S4 is rumored to feature a 4.99-inch 1080P HD display with a 441 ppi and recent news suggests it could feature an unbreakable or flexible display that uses plastic instead of glass on the display.

Where Do Leaks Come From? 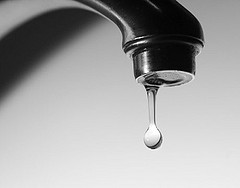 Most smartphone leaks don’t start inside the company designing the phone, but further up the supply chain, from third-party companies and employees. Companies often outsource parts of a new phone to these companies which is where leaked cases, leaked displays and leaked camera modules come from.

Combined, these leaks can give a fairly accurate picture of what a phone looks like, which we saw with the iPhone 5. By focusing on security internally and while the phone is outside the company Samsung hopes to avoid leaked Galaxy S4 prototype photos.

How Samsung Plans to Keep the Galaxy S4 Secret

Samsung stepped up security with the Galaxy S III, and after successfully keeping the phone under wraps this is how we expect Samsung will keep the Galaxy S4 a surprise until it’s announcement and release.

The heightened security made it difficult to develop the Galaxy S III because the final design was only known to a small group of engineers who described parts and materials to other teams and purchasing units but couldn’t give pictures of the new Galaxy smartphone, a process Samsung Senior Engineer BeoungSun Lee called, “quite tiring and frustrating.”

Odds are, Samsung is working on multiple Galaxy S4 prototypes that are under lock and key behind fingerprint readers deep in Samsung’s headquarters. When one of these phones needs to go out in public, it’s strapped into a box that obscures the shape and angles of the phone, much like the way car manufacturers cover up new cars during testing sessions.

The photo below shows a claimed prototype dummy box used to test the Galaxy S III. According to Samsung Principal Engineer WooSun Yoon, “Even if people, inside or out of the campus, saw the device, I doubt they would have known what it was.”

Instead of using a service like FedEx to ship prototypes the team carried Galaxy S prototypes from meeting to meeting making multi-country trips on a regular basis. By the end of the development cycle, Samsung Engineers were racking up frequent flier miles on a helicopter to meet the launch and release deadlines.

Expect similar security in place for the Galaxy S4 development and release, so if you hear helicopters near the U.S Samsung headquarters in Ridgefield Park, NJ in 2013, you might not be paranoid.

What is the Galaxy S4?

The Galaxy S4 is the name many assume Samsung will give to their flagship Android smartphone due for a release in early 2013. This is the anticipated followup to the Samsung Galaxy S III which hit 30 million in sales by November 2012.

Rumors suggest the Galaxy S4 will feature a 4.99-inch 1080P HD display with a 441 ppi rating. There are no leaks about the design of the Galaxy S4, which isn’t surprising given the security measures in place. Recent leaked screenshots show a full run down of rumored Samsung Galaxy S4 features and specs, including a 13MP camera.