The Samsung Galaxy S4 is one of the most anticipated phones of 2013 and with this interest industry insiders expect an “upgrade frenzy” from Galaxy S3 owners and big sales on the Galaxy S3 as the launch approaches.

Samsung is rumored to be planning a Galaxy S4 launch in March with a possible Galaxy S4 release in April.

Gazelle.com Chief Gadget Officer Anthony Scarsella shares how he believes consumers will react to the Galaxy S4 release and what carriers will do leading up to the date. 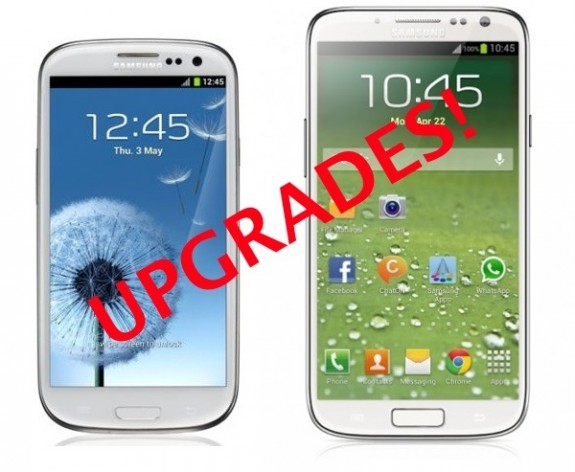 Gazelle expects an “upgrade frenzy” when the Galaxy S4 arrives.

Scarsella tells Gotta Be Mobile, “I think with success of the already popular S3, the [Galaxy] S4 will cause an upgrade frenzy among current owners come launch day.” He also predicts iPhone owners will switch to Android when the Galaxy S4 is available on U.S. carriers. Scarsella believes the, “S3 really set the standard in terms of Android devices worldwide,” and Samsung is poised to deliver a “best in class” experience with the Galaxy S4.

“Blow the iPhone 5 Out of the Water”

There are no confirmed Galaxy S4 specs, but rumors peg the device as bringing a 4.99-inch 1080P HD display, a quad-core processor that may be the new Exynos Octa 5 processor announced at CES 2013 and 2GB of RAM. Rumors also point to a 13MP rear facing camera and wireless charging options.

Scarsella predicts a, “thinner more premium design and feel,” than the Galaxy S3. Samsung relied heavily on plastic for the Galaxy S3, while Apple opted for glass and metal on the iPhone 5. Samsung is likely to up the ante to compete with the HTC M7 as well as iPhone 5 and eventually the iPhone 5S.

Scarsella told Gotta Be Mobile, “The reality is that the S3 already competes with the iPhone 5, so it’s fair to expect the S4 will blow the iPhone 5 out of the water.”

Speaking of water, the Galaxy S4 will also compete with the Sony Xperia Z. The Xperia Z is sleek-looking smartphone from Sony that is waterproof, without the need for an expensive or bulky case. Based on a waterproof Galaxy S3 we saw at CES 2013, it’s clear manufacturers are exploring this feature, but it is not clear if the Galaxy S4 will arrive as a waterproof phone.

The Galaxy S3 is no stranger to discounts, but as the Galaxy S4 release nears, Scarsella expects big sales on the Galaxy S3 as carriers try to clear out stock in preparation for the new phone. We may likely see the Galaxy S3 shift to a cheap or free on contract smartphone, similar to the manner Apple moves older iPhone models down in price.

Gazelle is seeing “continuously increasing numbers of trade-ins for the Galaxy S2 and S3,” numbers the company expects will skyrocket as the Galaxy S4 release nears.