Samsung Galaxy S4 users who already purchased an allotment of Samsung’s TecTiles branded NFC tags will have to buy new ones if they hope to get the same experience they had with Samsung’s previous generation of NFC-enabled devices like the Samsung Galaxy S3.

According to AnandTech, the Samsung Galaxy S4 has a new internal NFC or Near Field Communications controller inside of it. While it’s based on a standard that’s been widely adopted in other devices like Google’s Nexus 4 and is compatible with a large number of NFC tags, it isn’t compatible with the MIFARE tag format of which Samsung’s previous NFC tags are based on.

That means that users who purchased TecTiles NFC tags from Samsung will need to purchase TecTiles 2 NFC Tags. Unfortunately, TecTile two tags aren’t yet available to consumers, and there is nothing to indicate an exact date on when users will be able to purchase them. The previous generation TecTiles tags were $14.99 for a pack of five.

When queried about the inoperability between the Samsung Galaxy S4 and their older tags Samsung issued this statement to AnandTech:

Samsung is introducing TecTile 2, an update to the original TecTile NFC programmable tags, which will be available in the coming weeks. TecTile 2 will use the current NFC technology on the market, allowing Samsung customers to further incorporate NFC into their daily lives and to use with the latest Samsung Mobile products and services, including the Galaxy S 4. As industry standards continue to evolve, Samsung remains committed to meeting those standards and adapting its technologies if necessary. Samsung customers can also fully utilize TecTiles 2 with existing Samsung Mobile NFC-enabled Android smartphones currently in market. 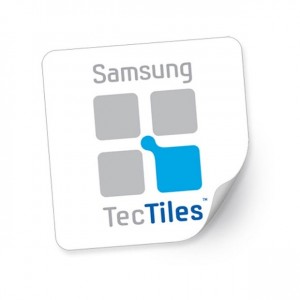 Samsung made the original TecTiles NFC tags available to consumers with the Samsung Galaxy S3. Using an NFC Tag writer on their device, users can completely automate tasks that are executed when their device comes in contact with the tag itself.

These automated tasks could include a change in the user’s profile, like turning off the device’s ringer, or cellular connection. Some users have also adapted the technology to share their contact information with other user’s devices like a sort of like a substitute for sharing business cards.