The Samsung Galaxy S4, HTC One and the iPhone 5 are some of the best smartphones available on any carrier in the U.S. and one of the most noteworthy parts of each phone is the display.

These three top smartphones offer a range of sizes, resolution and screen technology that offer shoppers a lot of choice. Depending on how you plan to use each smartphone, there are clear advantages to some of the screen technology.

A new collection of screen comparisons with close-ups, viewing angle tests and brightness comparisons show where the iPhone 5, HTC One and Samsung Galaxy S4 shine.

These new set of photos come from PhoneArena, a mobile site with early access to the Samsung Galaxy S4, offering a round of comparisons to not only the HTC One and the iPhone 5, but also the Nokia Lumia 920, Sony Xperia Z and Samsung Galaxy S3. 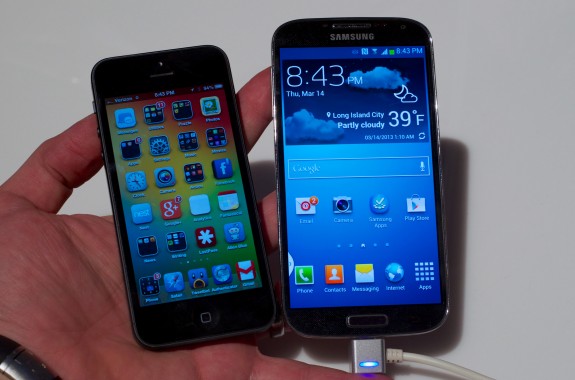 The iPhone 5 vs Galaxy S4 screen.

In the following photos we can see how the screens of the best smartphones of 2013 compare to each other, which can help shoppers plan which smartphone they want to buy. The Samsung Galaxy S4 pre-orders start on April 16th in the U.S. and the first Samsung Galaxy S4 release date s just two weeks later on May 1st.

The iPhone 5 is already widely available, as are the Nokia Lumia 920 and the Samsung Galaxy S3. The Sony Xperia Z is available in the UK and other regions, but may never make it to the U.S. The HTC One was originally planned for a U.S. release date by now, but delays are pushing the phone back into late April.

The collection of images below show a close up of the Samsung Galaxy S4, iPhone 5, Sony Xperia Z, HTC One, Galaxy S3 and Nokia Lumia 920.

These phones feature varying resolutions and screen technology which results in varying looks and screen quality. The biggest thing we notice in Samsung displays is the lack of a bright white, something these images show. This is thanks to the Super AMOLED technology used in the display. The overall look of the screen is not as green as shown below when viewed in person, but there is less than white look to the display while viewing text on white backgrounds.

This image shows the Samsung Galaxy S4 screen compared to the best smartphones on the market.

The image also makes it possible to take a look at the difference in screen quality. The Samsung Galaxy S4, Sony Xperia Z and HTC One offer slightly sharper text definition than the iPhone 5, thanks to the higher resolution. These phones use a 1080P HD display, while the iPhone 5 Retina Display is 1136 x 640.

The images below shows a close up of the text on the Phone 5, Galaxy S4 and HTC One. This is closer than a user will ever get to the screen, but it hows how the higher pixel-per-inch rating looks up close. 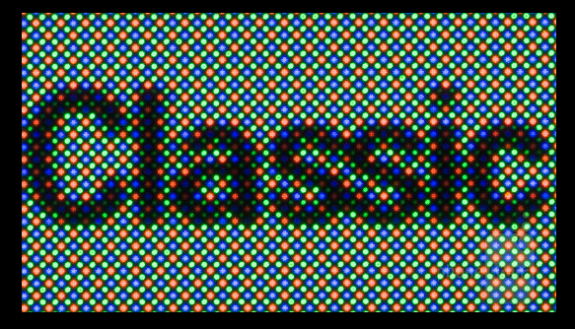 Even up close it is difficult to distinguish the actual pixels on the screen. This translates into better looking text and photos.

This close up of the iPhone 5 screen shows where the bright white background comes from, and highlights why some users prefer a higher than Retina Display resolution. 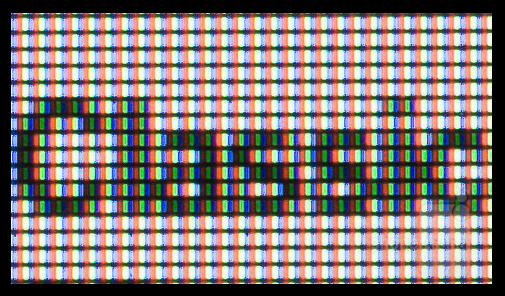 The image below shows a close up of the HTC One display. Here we get a good look at how HTC delivers a bright white background and very defined text. 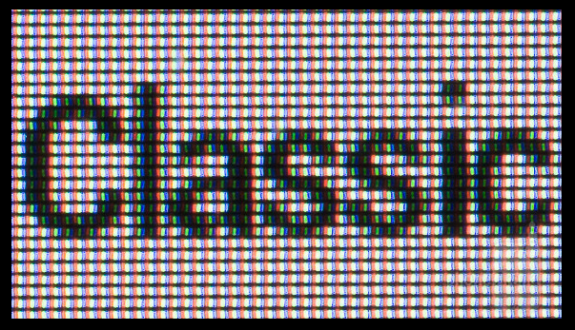 HTC One screen close up.

Compared to the iPhone 5, the HTC One’s higher resolution is a plus in this example.

Picking the best smartphones screen without looking at them in person is tough, so we recommend checking out these screens in person if you want a better comparison. In our experience Samsung screens are slightly warmer, with a blue-ish or green-ish white. The iPhone 5 delivers some of the whitest white backgrounds, and the HTC One is also capable of delivering a nice white background.