The latest iPhone 6 rumors clearly point to a 4.7-inch iPhone later this year, and retailers are eager to avoid a summer slow down as consumers start thinking of waiting for the iPhone 6 or the Galaxy Note 4. In order to keep sales moving, Best Buy offers up a Galaxy S5 and iPhone 5s deal that can cut the price down to $0 with a trade-in. Obviously some shoppers may be better off waiting, but for those who can’t wait for a new iPhone or the Galaxy Note 4, this is a deal that is tough to pass up.

This year iPhone 5s deals are as free-flowing as iPhone 6 rumors, with many chances to buy the iPhone 5s for $99 or as low as $0 with a trade in. In previous years Apple kept the iPhone price in check, which meant most retailers did not offer deals every month, but iPhone 5s deals are easy to find, which will help users avoid paying $200 as long as they are willing to sign a two-year contract. 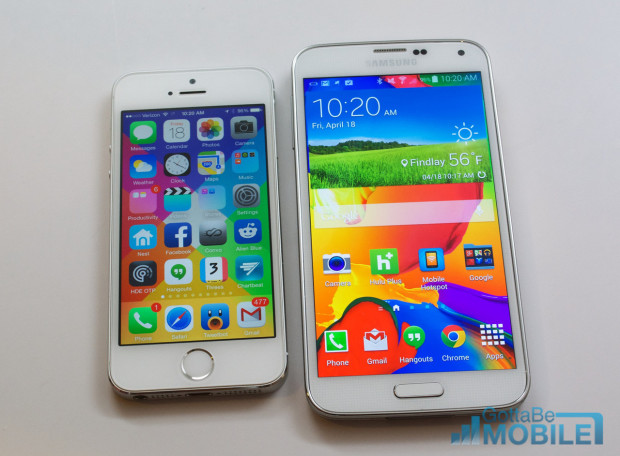 The Samsung Galaxy S5 is just over a month old and while some shoppers may be tempted to wait for the Galaxy Note 4 this fall, there is little reason to pass over a Galaxy S5 deal that can drop the price as low as $50 this soon after the release. The premium Galaxy S5 isn’t likely coming to the U.S. and unless you need a Galaxy S5 Active now is a great time to buy the Galaxy S5.

These smartphone deals all require a contract, and some of them require trading in an old smartphone. Trade-in prices aren’t always as good as selling on eBay or trading to another store and getting cash to use on a new iPhone 5s or Galaxy S5, but the simplicity of a one-stop trade-in as well as the ability to get a good value for an older device make these worth checking out.

Best Buy brought back a deal from earlier this month that promises up to $200 for an old iPhone with the purchase of an iPhone 5s 16GB. Best Buy lists the iPhone 5s deal as running through May 22nd, but Cnet reports it will run through the end of the month. 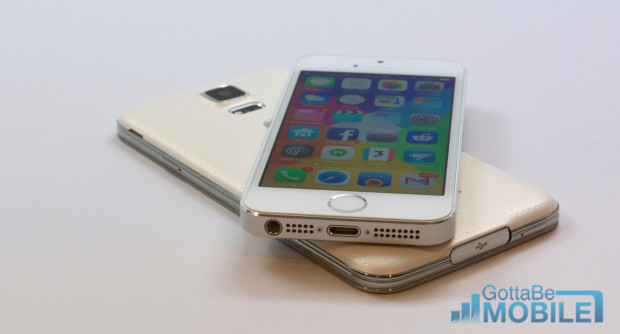 If you trade in a working iPhone 5 you’ll get $200, a working iPhone 4s $150 and a working iPhone 4 $100. It is worth checking the price at Best Buy as well as online at a service like NextWorth or Gazelle because some phones are worth more than the listed amount. This deal is only good on Sprint and Verizon iPhone 5s devices, and is not helpful to switchers.

If you want the best iPhone 5s deal, skip Best Buy and head to Verizon where you can get the iPhone 5s for $99 with no trade in needed. you can trade your iPhone in to Verizon or sell it to anywhere else and easily walk away with enough to pay for your new iPhone.

Best Buy is also the place to go looking for a good Galaxy S5 deal. If you go into a Best Buy store with any working smartphone you can buy the Galaxy S5 for $99 on a two-year contract. It is possible that the Verizon Galaxy S5 drops to $50 with this deal, but you’ll need to ask as the fine print is confusing to say the least. 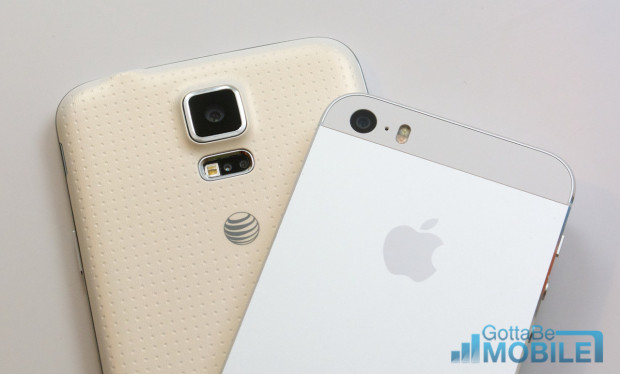 Galaxy S5 deals are plentiful just weeks after the release.

If you prefer to buy online you can get a $50 gift card by email after buying the Galaxy S5 for $199 on Sprint and AT&T or $149 on Verizon. There is also a gift card for buying an off contract model like the Virgin Mobile Galaxy S5 or Boost Mobile Galaxy S5.

What About $0 Down Deals?

For some users, these deals may be the best bet at buying a cheap phone on contract. Macquarie Research predicts that when it comes time to buy an iPhone 6 or a Galaxy Note 4 nearly half of shoppers will choose to buy a phone with financing instead of subsidized on a contract. T-Mobile, Verizon, Sprint and AT&T all offer plans like this that allow users to buy the iPhone 5s or Galaxy S5 with $0 down.

Ben Schachter tells Business Insider that these may look like a good deal, but on average users pay $74 more per year because of the higher price of a phone. Before you get too concerned, it is worth noting that the device payment used in this calculation is higher than we see at most carriers. The reason it is worth mentioning is some iPhone 6 rumors suggest Apple plans a price hike later this year.

All of these deals are tempting, especially for iPhone 5 owners that are thinking of jumping to the Galaxy S5 for a larger screen. Over the last week iPhone 6 rumors continue to firm up, especially on the topic of iPhone 6 screen sizes. For users that want a bigger screen, it looks very much like the iPhone 6 will arrive with a 4.7-inch option in September.

Check out the iPhone 6 rumor roundup to learn about the latest details and credible leaks. If you can’t decide if now is the time to buy, check out our advice on whether you should buy the iPhone 5s or wait for the iPhone 6.