With January coming to a close and the rumored late February announcement of the new Galaxy S7 and Galaxy S7 Edge near, rumors are at an all-time high. We’ve continued to hear conflicting reports, and this week more details on the unique Galaxy S7 Edge have surfaced. Here’s what we know so far.

In 2015 Samsung released two versions of the Galaxy S6 in April. Those being the regular 5.1-inch Galaxy S6, and a Galaxy S6 Edge. Later in the year a bigger Galaxy S6 Edge Plus was released, and we’re hearing something similar is coming early in 2016 with the Galaxy S7 Edge. However, the size of the Edge+ model has yet to be determined.

Rumors have been back and forth regarding all versions of Samsung’s phone in 2016. From four models, only two, then back to three. However, lately they’ve started to firm up (as you can see in our roundup above) but we’re still looking for more details about the Galaxy S7 Edge and Edge+. Below is the latest news that’s recently emerged. 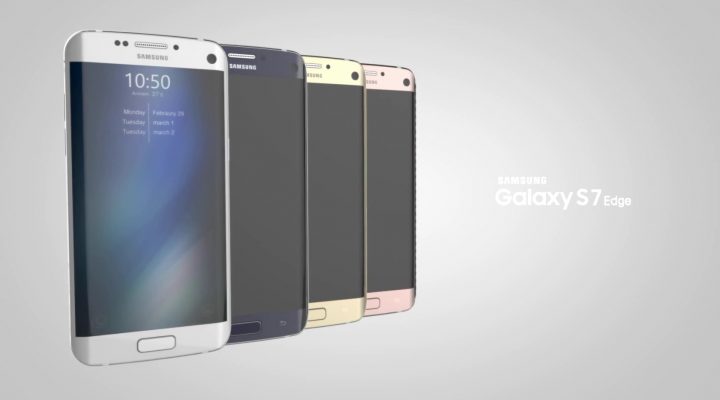 The Galaxy S6 Edge was a unique and popular smartphone. Offering the same experience as the Galaxy S6 but with curved edges on both sides of the display. These offered quick access to contacts, shortcuts for the camera, glowing notifications and other neat features. It’s more of a technology breakthrough and Samsung showing off, but users still love it and it sold by the millions.

Then later in the year along with the Note 5 Samsung released a Galaxy S6 Edge+ with a big 5.7-inch display. Now, we’re hearing that same curved big-screen is coming this year, but much earlier. We’ve heard it will have a 5.7-inch curved screen like the Galaxy S6 Edge+, but a few other reports suggest it will only be 5.5-inches, and save the bigger size for Samsung’s flagships later this year. Like the Galaxy Note 6.

Today, those rumors are swirling yet again with another different report about what to expect from the Galaxy S7 Edge.

Today an “import listing” (info above) suggests Samsung’s Galaxy S7 Edge will come in the same 5.1-inch size like prior years, and that the Galaxy S7 Edge+ will have a 5.5-inch 2560 x 1440 Quad-HD curved display. This is something we’ve heard before.

Above is a tweet from a reliable source revealing the regular Galaxy S7 Edge will only come in a 5.1-inch screen size, with no mention of a bigger model. For now everything is still somewhat unclear, but we don’t have too much longer to wait before we know for sure. The models numbers are usually somewhat revealing, but this year they’ve done nothing but confuse leaksters, and make rumors harder to follow.

As it stands right now it appears like Samsung will release three smartphones. Those being a 5.1-inch Galaxy S7 and Galaxy S7 Edge, then a bigger Galaxy S7 Edge+. We’re not sure if the bigger Edge model will be 5.5-inches, or 5.7-inches. The leak today says 5.5-inches, smaller than the model released last year.

All rumors are pointing towards a February 21st Samsung Unpacked event in Barcelona before Mobile World Congress, where the company will announce all of its latest phones for 2016. Another leak claims the release date is set for March 11th. Meaning we don’t have too much longer to wait. In the meantime, expect countless other rumors, leaks, and hopefully actual images of the phone as the release date nears. Would you rather have a perfect middle ground 5.5-inch screen that separates it from the Galaxy Note lineup, or see Samsung stick to the same bigger size? Drop us a comment below.