For months on end the upcoming Samsung Galaxy S7 has been heavily rumored with leaks appearing almost daily. With the release date near more and more information is starting to surface, including live photos of the phone. This weekend the first images of the Galaxy S7 reportedly leaked, and here’s what users need to know.

The Galaxy S7 is less than a month away if latest rumors are to be believed, which suggest it will be announced on February 21st in Spain. With less than a month to go the design is final, and models are being made in able to meet demand. With that in mind, lets take a look at the image below.

At this point we know a great deal about Samsung’s upcoming new smartphone. Leaked details from the Wall Street Journal, the Korean Times, popular leaksters like @evleaks, and even renders from case makers have all appeared. All we need now are images of the actual phone to help bring those rumors to life. 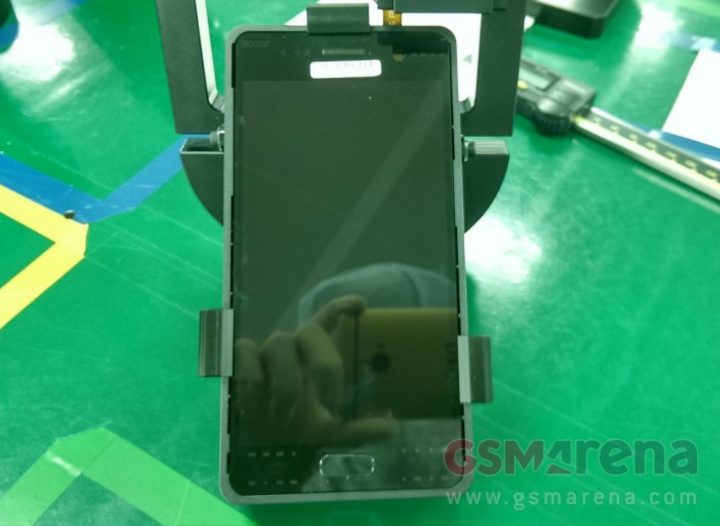 Above is reportedly the first image of the Samsung Galaxy S7. Of course this is a non-final model, if even the Galaxy S7, which was reportedly spotted and recorded inside the Samsung facility “clean room”. What we see is obviously a Samsung device, but there’s no way to indicate exactly what’s being shown.

Of course the bezels are very large, bigger than the current Galaxy S6 or Note 5, and there’s a white piece of paper covering what is likely the Samsung logo. There’s no way to know exactly what this is, but obviously it’s no where near a final device. The buttons on bottom aren’t added, there’s a protective case hiding the final design and more. Samsung’s been disguising their devices for years, so don’t take what we see here as the final device. A few forum and comments have been suggesting how terrible it looks, but this is not the final product in any way, shape or form.

There are multiple sensors above the rumored 5.1-inch Quad-HD display, which could confirm reports of an Iris Eye scanner for enhanced security, that will be built-in along with the fingerprint scanner. However, it’s still to early to tell.

What we have here is a very early prototype of a Samsung smartphone, but we can’t confirm if this is indeed the Galaxy S7. That said, another photo arrived at the same time showing the improved and thinner camera module, which can be seen below. The model “SM-G930F” matches other leaks and reports of the Galaxy S7. Meaning this could be the camera and phone, but clearly not the final product. 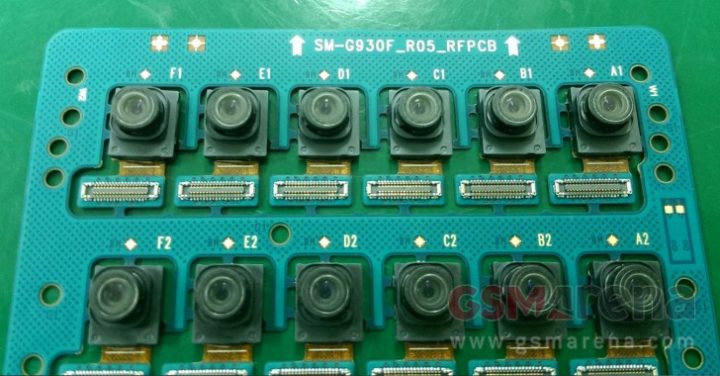 Rumor has it Samsung’s dropped the Galaxy S7 camera down from 16 megapixels like previous years to a bigger, faster, more accurate 12.3 megapixel camera. The megapixel count doesn’t mean everything, and devices like the Nexus 6P or iPhone 6s with 12 megapixel cameras are excellent.

This year the Galaxy S7 is expected to have a better camera with improved video, low light photos, faster shutter speeds and more with an f/1.7 aperture, and a 12.3 megapixel count. It’s also thinner, which leaves more room for a bigger 3,000 mAh battery. Which will address a big complaint from the Galaxy S6 in 2015.

Other reports mention three devices being released. A Galaxy S7, Galaxy S7 Edge, and a bigger Galaxy S7 Edge+ with a 5.5 or 5.7-inch HD display. It will have a fast 8-core Snapdragon 820 processor with 4GB of RAM, a very similar overall design to last year, 32/64GB internal storage with a micro-SD slot for expandable storage, run the latest version of Android and come with a bigger 3,000 mAh battery. Reports suggest a large 3,600 mAh battery for the Edge+ model.

The latest information to surface suggests Samsung will announce the Galaxy 7 lineup on February 21st, the day before Mobile World Congress in Spain, then offer a global release date on March 11th. We’ve also heard Friday March 4th, as the potential release date. Stay tuned for more details, leaks, and better photos in the near future.