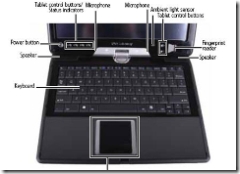 A while back we reported that there was a new Gateway computer in the works to be released sometime in March.  Well, today Engadget has a link to a site showing a new Gateway Tablet PC!!  It looks like a nice unit, from the pictures it’s sporting some flavor of Vista (guess most will now huh).

If you’re a  Gateway lover, this is good news for your arm – a smaller 12 inch screen offering!  There isn’t much else in the way of specs right now except for the basics – but if you take a look at this PDF you can get a feel for what’s going to be offered.

Note also – on page 48 of that PDF it says “Using the Touch Sensitive Screen”.  It’s a little confusing in the wording as to what kind of digitizer it’s going to be, but it does have a touch screen. 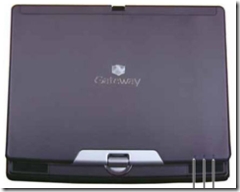