Anyone who didn’t see this coming, including the folks at Gawker Media, has to be considered naive at best. As we reported yesterday, Gawker Media offered a bounty for pictures, video, and info of the Apple Tablet via ValleyWag. It didn’t take Apple’s lawyers long to issue a cease and desist, which they did. They also demanded that any pictures Gawker receives be turned over to them. What a circus. 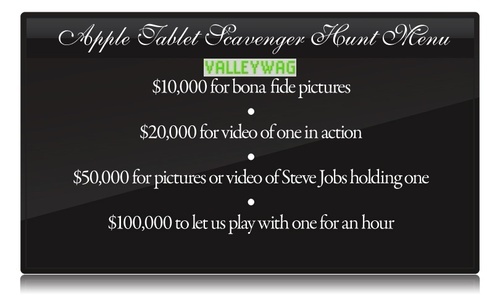