Warner and I are spending the week in Seattle and Redmond, attending the Microsoft MVP Summit. Unfortunately, Matt won’t be joining us due to scheduling conflicts.

While here, Warner and I (along with various other Tablet PC MVPs) will be meeting with the folks working on Tablet PC / Ultra-Mobile PC features in Windows, various Office and Windows groups, and more. Warner and I will be spending some time with Microsoft Research’s Ken Hinckley as well.

We’ll report back on what we can (that which isn’t under NDA), and will be sure to post pictures and more of our time together with the other Tablet PC MVPs. Should be a lot fun! 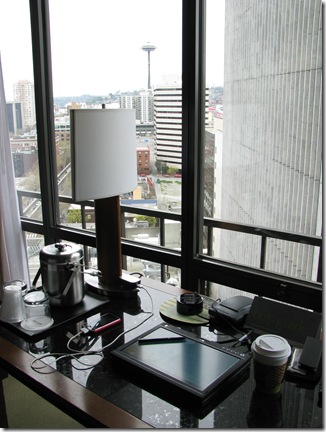